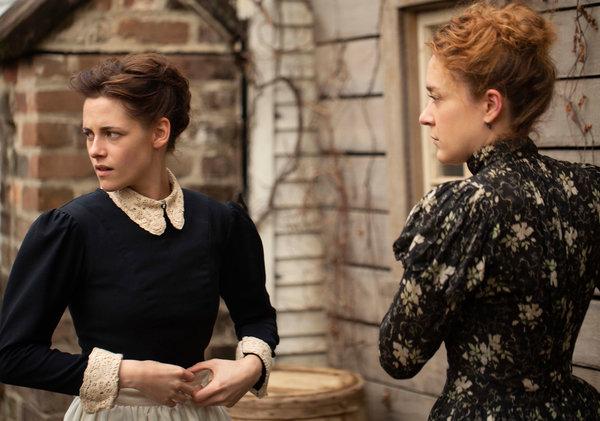 Bland film with a strong central performance that adds little to the legacy of Lizzie Borden.

A film unsure of its identity

Lizzie Borden took an axe, and her gave her mother forty whacks. When she saw what she had done, she gave her father forty-one.

So goes the folk song about the infamous, albeit alleged, murderess.  A simple rhyme that is highly reflective of the simple film that is Craig William Macneill’s retelling of murder of Lizzie Borden’s father and step-mother in 1892.

In all honesty though, receiving forty whacks around halfway through Lizzie would have at least been a refreshing change of pace as, for the most part, the film is an incredibly bland affair. While the film does an admirable job of sticking to historical facts of the case – using actual pictures of Borden’s mother and almost perfectly recreating the conditions in which the bodies were found- that does not prevent the story it tells from being, to be frank, boring.

Opting to focus on the relationship between Lizzie (Chloë Sevigny) and the Borden’s maid, Bridget ‘Maggie’ Sullivan (Kristen Stewart) is a bold move. It is especially so as the decision comes from choosing to follow author Ed McBain’s theory regarding the sapphic relationship between the pair, which when it occurs is particularly eye-roll inducing due to its abruptness, and the ham-fisted way it seems to be shoved into the plot. That said, there is a strong central performance from Sevigny, in what is apparently a role she has wanted to play for a long time; and her chemistry with Stewart is equally enjoyable to watch, even if she does mumble her way through most of the film.

The film should certainly be commended for taking a different approach to the legacy of the eponymous figure. However, there is far more that could be done with this take, as well as the numerous other theories out there, that could have helped to craft a much deeper narrative. Instead, much of Lizzie seems as though the film is in a race against itself to get to the murders and convey the aftermath, which is not even presented in as interesting a light as it may have been. Most of all, Lizzie is film that seems unsure of itself, a biographical film that desperately want to be a chilling, psychological thriller but is not quite sure how to achieve that.  In the end, it fails to add anything significant to the already long-list of Lizzie Borden works, save for an excellent performance by its central star.