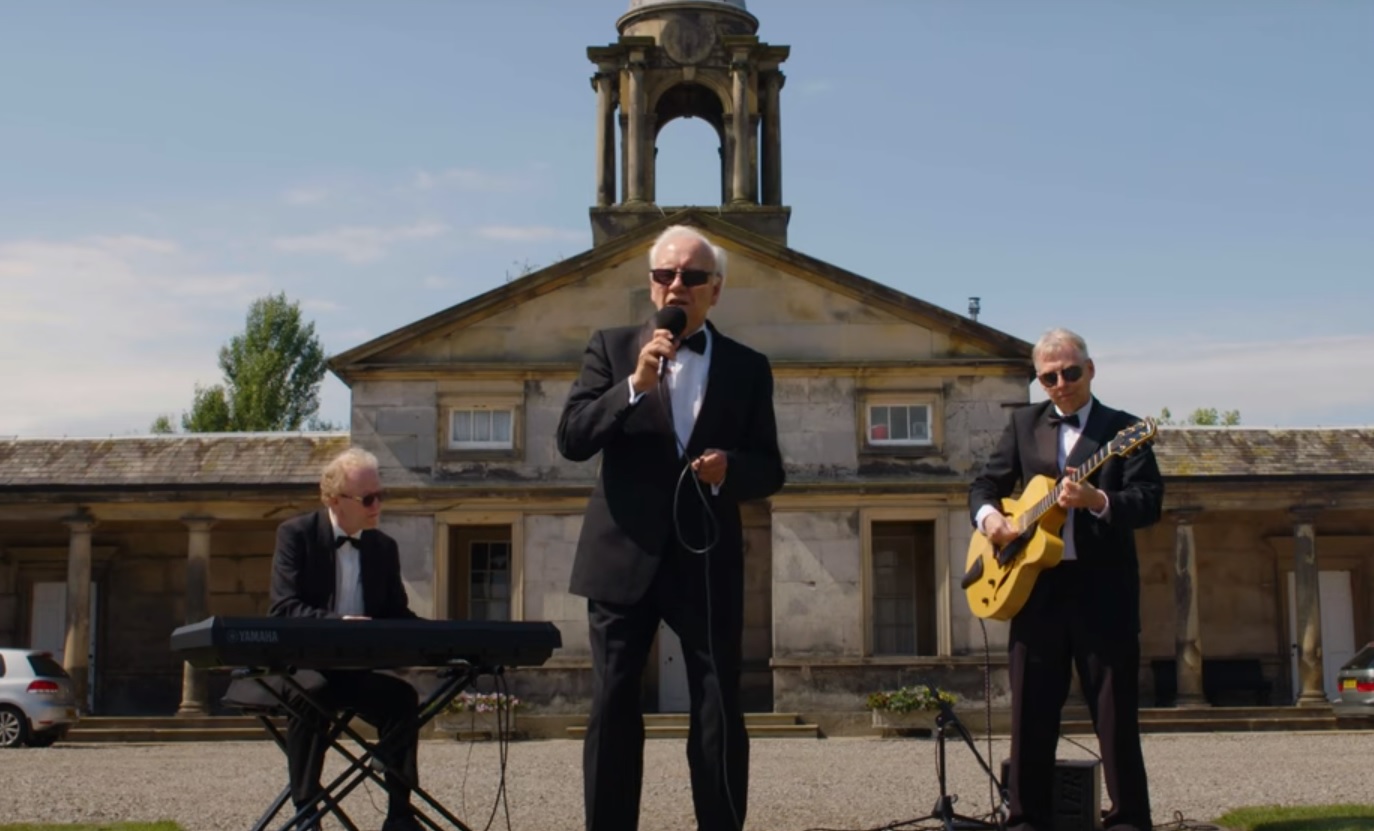 A follow-up to their previous Fringe performance Love, Loss & Cake -where band members Malcolm Windsor, Jeremy Devlin-Thorp & Nick Gent opened up about losing wives Sally and Christine- Love, Loss & Quarantine is a musical return for The Swells (two metres apart of course) after the surprise sell-out show which spoke to anyone who had at one point lost, or known someone who had lost a loved one. Now the group whip up a successor, re-shaped to provide a brief taster of life during the lockdown, where new love blossoms, changes are faced, but the music always plays on.

Beginning where their previous show was ending, the boy’s set-up their outdoor gig with a cover of Einar Aaron Swan jazz essential ‘When Your Lover is Gone’. The trio bop along, dressed to the tails in the sunny courtyards of Edinburgh as they relive the life they’ve lived, and the losses they’ve suffered. From the brief strumming of the bass, it’s evident you’re about to listen to something quite special and profoundly personal.

Windsor’s brief commentary between numbers encourages the audience to open themselves up, to appreciate the music they’re listening to and allow it to engage with their personal experiences. Tying the pieces together, offering some behind-the-scenes stories and set-ups, these interludes add a wealth of charm to the event and reveal plenty of twinkles in Windsor’s eyes.

But of course, fate’s a fickle bugger, isn’t she? Just before lockdown engaged, both Jeremy and Malcolm were each lucky enough to meet someone else to share the burdens and joys of life with. Finding security in one another during lockdown, we’re treated to snippets of the fledgling relationships. The robust storytelling is unsurprising given their musical capabilities, and the jabs of humour at guitarist Nick and his wife Jan sells the trio as a close-knit group.

With song choices reflecting authentic events, we move into Close Enough for Love, a charming melody with poetic lyrics which demonstrate’ s Jeremy’s scintillating ability with the ivory keys. Leaving plenty of solo opportunities for Nick to strut his stuff, the finale of the piece ends with a snappy, well-paced belting of You Make Me Feel So Young.

Structurally, Love, Loss & Quarantine doesn’t feel cobbled or rushed, despite the sudden re-shuffle to organise. It’s an accomplished successor, a charming, charismatic routine of songs which further the group’s journey while throwing a few curveballs into the mix.

Love, Loss & Quarantine is available to stream via YouTube here.

While the show is free, The Swells have asked those who are able to make donations to support Mind Scotland, which can be made here.