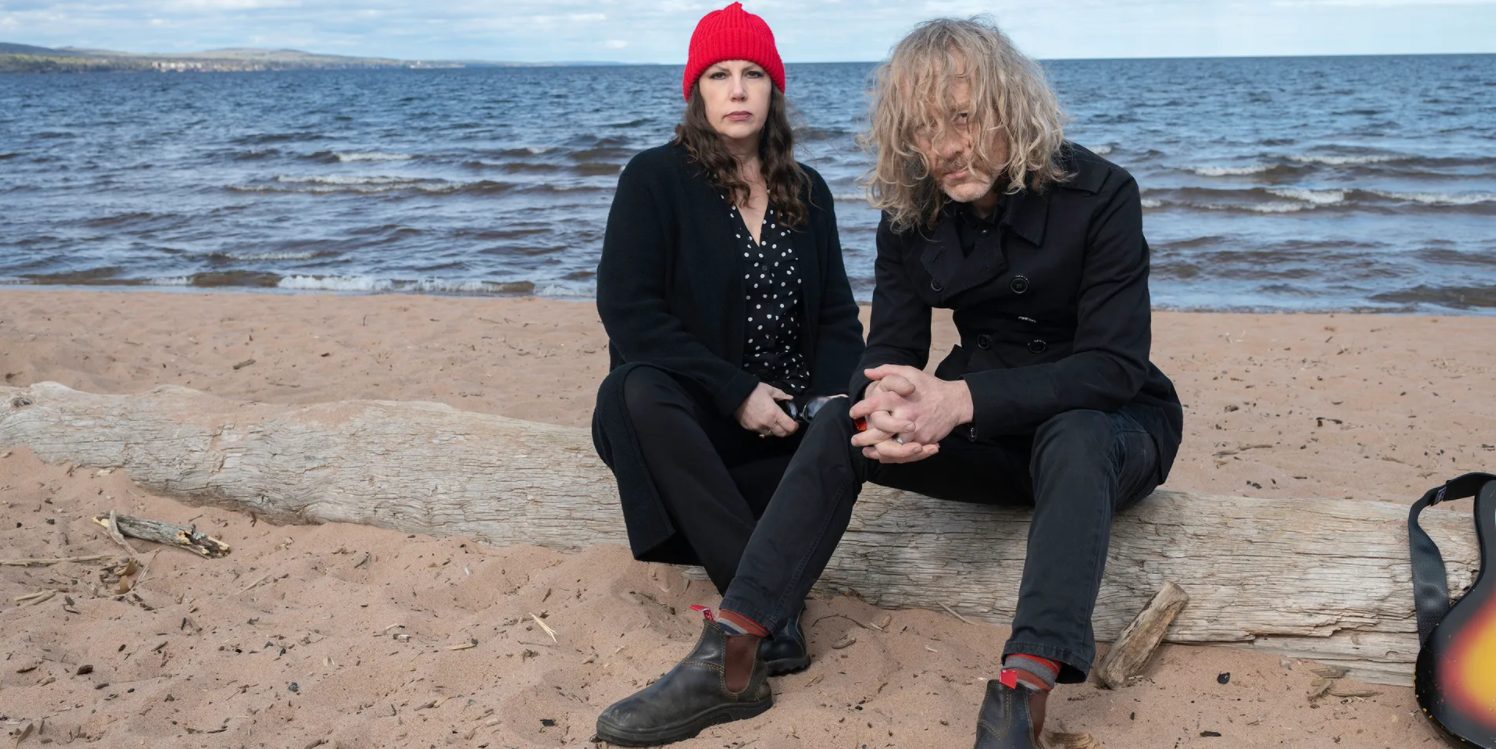 Almost thirty years in and Low continue to impress: they're constantly surprising, yet consistently reliable

Divide and Dissolve start the night on an appropriately intense note; Takiaya Reed’s looped clarinet parts lulling you into a gorgeously mournful place before the ludicrously distorted sludge guitar comes in to fry your brain and Sylvie Nehill’s smash-happy drumming completes the wall of sound by apparently trying to knock it down. It’s a powerful noise and certain to grab your attention, just as much as Reed’s between-song appeals to anti-colonialism/anti-white supremacy/anti-racism will make you think, hopefully leading to more helpful conversations and hopeful mindsets in the future.

Low have always been minimalist, and their typically spartan stage set-up is no-frills, apart from the towers of horizontal lights that can provide atmospheric flickers and twinkles, or help to bathe the stage in rich blues and reds, depending on the mood of the moment.

They start with the whole of their brilliant new album, HEY WHAT, which is quite a feat with only three people given the distorted intricacy of Hey, the stuttering White Horses or dizzyingly chaotic crescendo of album closer, The Price You Pay (It Must Be Wearing Off). All Night and Days Like These showcase the beautiful harmonies between Alan Sparhawk and Mimi Parker, something that becomes more prominent when we get to the “hits” part of the show and desperately bewitching songs like Sunflower and Plastic Cup appear.

Sparhawk gets chattier as the night goes on, including a story about a chance encounter with a machete-wielding individual in a lift in Tennessee – it doesn’t really lead anywhere, but the guy gets No Comprende dedicated to him; perhaps fittingly. Later he jokes about being told to calm down by Parker, who responds with a wry smile and not unsubtle eye roll, someone wise to Sparhawk’s antics but who still gets a kick out of them.

It’s this knowing, unforced kinship that not only provides the band with an uncanny sense of timing, but ultimately lends a warmth and heart to songs that often appear bleak on the page. Nowhere is this more apparent than during the encore, consisting of the gentle deep cut, Silver Rider, and the moving romanticism of Will the Night, the oldest song of the show. If you can end a show by sweetly singing “So long / Goodbye / Goodnight” without being in the least corny, you’re doing something right. That it feels like a natural ending after peeling distortion, sparse harmonies and tales of machetes is testament to the indefatigable power of Low.