Scottish Opera continues its spring season with a revival of Dominic Hill‘s powerful and intimate 2005 production of Verdi‘s Macbeth. Continuously re-imagined since Shakespeare‘s 1606 original and this time inspired by events in the Balkans, it is a contemporary war zone we enter as the curtain falls to the opening bars of Verdi’s brooding score.

The story remains largely faithful to the original; the tragedy of a woman driven to madness by her own ambition and the man who loves her. As the murderous pair, Scottish baritone David Stephenson and Elisabeth Meister are outstandingly effective. Watching Meister, here in her Scottish Opera debut, one is in no doubt as to who is in charge, chillingly powerful and in possession of a soaring, crystal clear soprano, she is particularly persuasive as Lady Macbeth. Stephenson is gritty and menacing in the title role and his descent into madness is effectively played. They are ably supported by the impressive bass baritone Thomas Faulkner (Banquo) and competent lyric tenor Anthony Flaum (Macduff).

The staging whilst effective and replete with clever touches fails to exploit opportunities to add atmosphere; there’s still plenty of ‘double double toil and trouble’ but the witches lack a little of the mystical magic and malice that is expected and the walking of Birnham Wood is a little too metaphorical, rendering it somewhat ineffectual. The orchestra reduced to eighteen players and without a full blown chorus loses none of its power: the intimate setting of the Citizens Theatre and the close proximity of orchestra to audience only serves to intensify the drama and add to the immediacy of Verdi’s music. As the audience leaves the theatre with the call to arms to march forth and set Scotland free still ringing in their ears, this effective and stirring production acquires a particularly resonance in a year where Scotland is pushed firmly to the centre of the political stage. 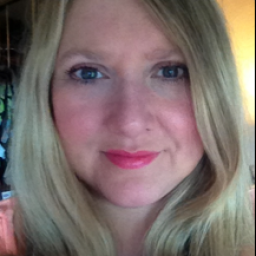