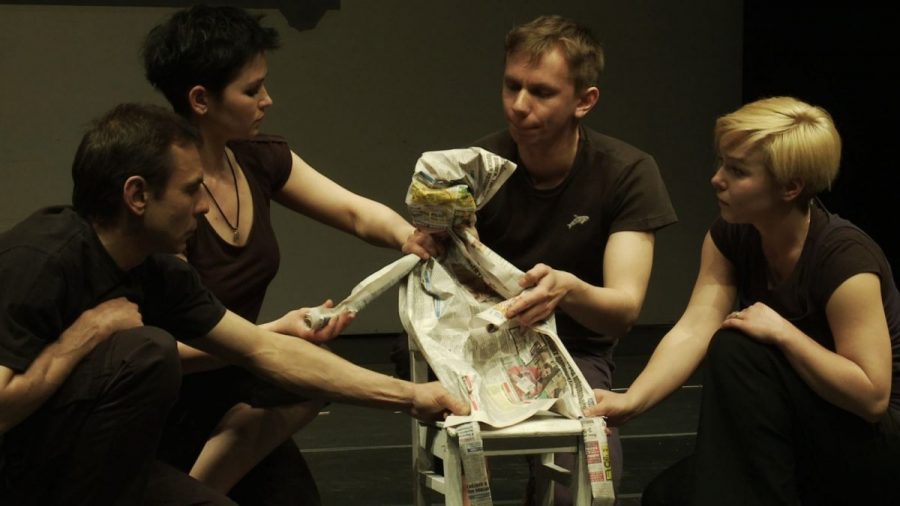 How much would you sacrifice for the sake of art? That’s a question Belarus Free Theatre faces every day, as depicted in Madeleine Sackler’s documentary. Performing political theatre in Belarus, Europe’s last dictatorship, they’re subject to government restrictions forcing them to work outside official avenues. Performances are promoted with the secrecy of an undercover operation and police raids are frequent. Amidst the sham presidential election of 2010 and the subsequent protests against the country’s unlawful leader Alexander Lukashenko, the documentary follows several members of the group and the personal price they pay for defying the regime.

The individual stories are harrowing. A particularly tough moment occurs early in the film, when actor Oleg performs a monologue about his young son’s suicide. The rest of the group’s hardships are equally as gruelling, but there’s something inspirational here too. Art isn’t an abstract concept for these people- it’s a way of life, a cause to defend and just about the only voice they have. Unfortunately, that only comes across fitfully over the brief running time. Sackler doesn’t have enough space to unfurl both the internal dramas of the players and the broader political facts of Belarusian life, and so this ends up resembling a slightly superficial overview. The group’s polemic demands a nitty-gritty approach and deserves better than the montage of celebrity endorsements the director ends on.

However, as an introduction to Belarus Free Theatre, Dangerous Acts is worthy. Though there’s no real conclusion, that’s as it should be- they continue to perform under adverse circumstances, with no end in sight to Lukashenko’s reign. It can’t match the angry power of the group’s productions, but given their fraught existence, it’s at least something that they’ve been documented.