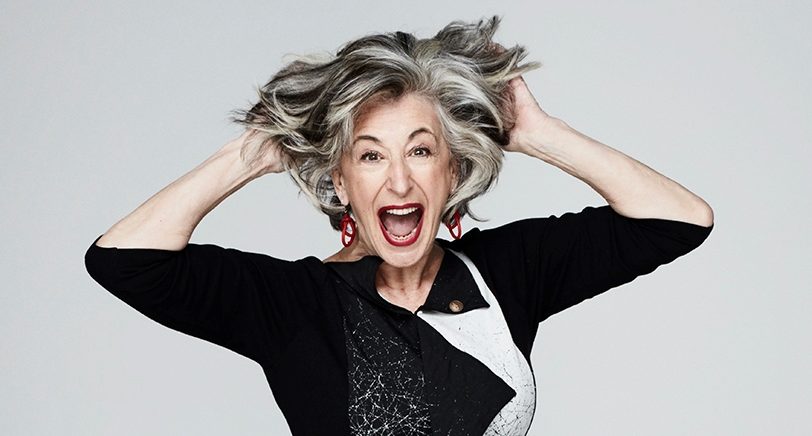 Maureen Lipman is Up For It

Fantastic entertainment from a seasoned performer

It’s a good sign when a Fringe queue weaves around the block even if the average age is old enough to claim a free bus-pass. But that’s the crowd Maureen Lipman draws. It’s enough to spark the interest of one US millennial who asked who we were all queuing for. When I reply “Maureen Lipman”, I’m met with a blank stare.

As one of Britain’s best-loved stars with more than 90 film and TV credits to her name including Oscar-winning film The Pianist, she has also appeared in more than 25 West End shows including Oklahoma! with Hugh Jackman.

With a career that spans so many years, Lipman makes no bones of the fact she’s 72 years old (“why lie when Wikipedia can do that for you?”). Lipman’s stories race at a pace with old fashioned Jewish jokes, name-dropping and observations on the subjects of public toilets in department stores with doors that don’t lock, age and reality TV.

A series of interchanging monologues on a defeated mother in discussion with her ex, an insensitive Australian nurse administering a mammogram and a northern cafe owner are impeccably written with such attention to detail that they raise many a smile. She has the audience eating out of her hands.

It’s a lively afternoon of frollicks and rant. It’s interwoven with sublime music from British jazz singer, Jacqui Dankworth, her husband, the Memphis born blues keyboardist and vocalist Charlie Wood and the legendary Harry Shearer of Spinal Tap and the Simpsons fame.

They play the sort of sultry jazz songs you might like to hear in a hot, dark jazz club including Moon River and Windmills of Your Mind, allowing Lipman the opportunity for a quick costume change into her red-carpet dress, with the shawl being literally that.

This costume allows her to segue into her rant on the #MeToo movement. Her thoughts might not meet with the agreement of all the audience, but there’s no denying her observation that the most popular book of the last few years was 50 Shades of Grey.

It might have been 50 years since she last played the Fringe but Lipman’s a winning formula – a talented writer and performer who can draw a crowd. And with the recent announcement that she will be joining the cast of that other great British institution, Coronation Street, it looks like she’ll be continuing to draw in the crowds for years to come.

As Lipman says, “Jackie and I have put together a show we would like to watch,” and they’ve certainly succeeded. It’s good old-fashioned entertainment with great jokes, observational storytelling and wonderful music.