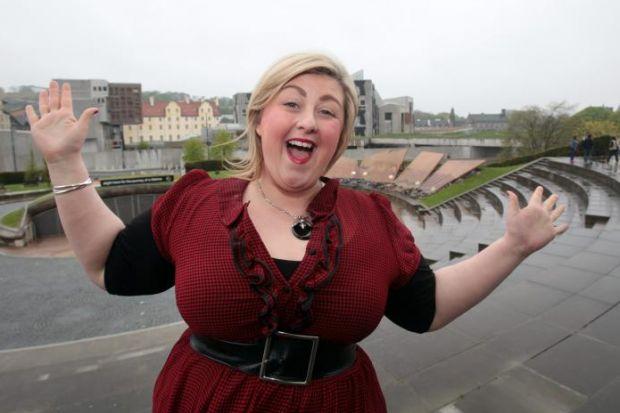 Wonderful mixture of music and song from intensely likeable McManus.

Back in 2003 Glaswegian singer, Michelle McManus, became a household name when she won season two of Pop Idol but as with so many former contestants things didn’t all go to plan – a year after her landslide win she was dropped from her record label. Nevertheless McManus has since built up a successful radio and television presenting career and four years ago took her first show to the Fringe.

Michelle McManus’s Reality: The Musical is a wonderful mixture of comedy and song which shows McManus in a new light as an accomplished comedic performer. She takes the audience from those halcyon days when she won the aforementioned reality TV show through the twists and turns of her career including an infamous meeting with Gillian McKeith prior to taking part in You Are What You Eat and a hilarious depiction of singing the national anthem at the Ricky Burns fight in Glasgow a few years ago.

In between her amusing tales McManus sings songs from the musicals which represent different events from her life, and here once again the audience are taken back to those early days when McManus first appeared on TV screens and they were blown away by her voice. She is just as terrific and her voice particularly suited to those big belting musical numbers.

With the show in full-swing McManus then strikes up a karaoke sing-a-long with the audience who sway and clap on cue all evening and by the end of the show everyone is on their feet giving a well-deserved standing ovation.

McManus comes across as an intensely likeable person who is able to poke fun at herself and the situations she has encountered, all in the name of show. Her Fringe formula is clearly a winner as she continues to sell-out year-after-year and it is easy to see why in what was a fun, engaging hour over all too soon.