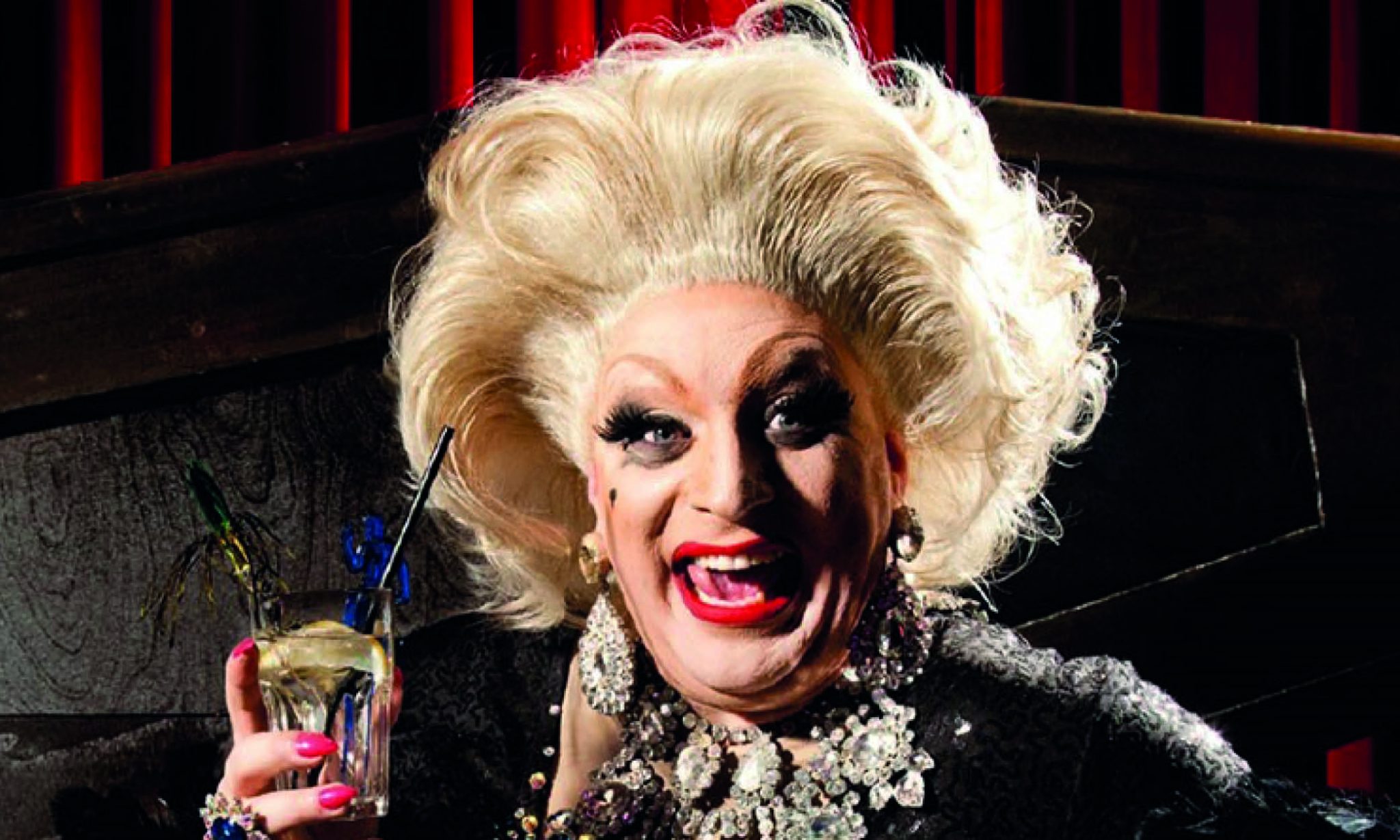 A class act in every sense, DuBois' debauchery will have you laughing for days after you have been graced with her presence

A titan of comedy, Myra DuBois feels like the very meaning of ‘larger than life.’ She is almost too large for the venue, smacking the projector above her head with her hand and her hair getting perilously close to it as well. It is on the edge of excess and risk that DuBois so gracefully balances. A sharp tongue, attitude and dangerously funny jokes make her latest show nothing short of a triumph. A triumph that comes complete with a potty mouth and more than a touch of self-centrism. Then again, when else but your funeral is it all about you? As DuBois tells her crowd, her preferred pronouns are ‘me, me, me’ – just one of her many lines that paralyse the audience with laughter.

Dead Funny is ludicrous, shocking and side-splitting. DuBois sticks loosely to her script but takes sadistic delight in targeting audience members with some incredible verbal takedowns. There are times that you laugh with sheer glee and a slight pang of guilt. You can scarcely believe some of the things DuBois is coming out with. But coming out with them she is. Never once are her words met with anything less than uncontrollable giggles and eruptions of laughter, and it is no less than DuBois deserves.

The secret to DuBois’ success is her delivery. Somehow she fills every risky joke, every potentially divisive one liner with enough of a nod-wink feeling to reassure you that it is all a dirty parody. At the same time, you feel like DuBois genuinely believes the outlandish statements that she comes out with. It is the hallmark of a performer skilled beyond words when they can say at least two different things with one sentence. It is something that DuBois absolutely nails.

Dead Funny is a show that leaves you clutching at your chest out of laughter, hysteria and a flailing attempt to steady yourself. DuBois says things that you think cannot possibly be said, yet she says them anyway. Beyond the hurting smiles you can tell how much thought went into making a show as comedically anarchic as this. DuBois realises by the show’s end that our lives are so much better with her in it, so refuses to die just yet. She isn’t wrong, and you will be giggling long into the night at what the Siren from South Yorkshire has in store for you.