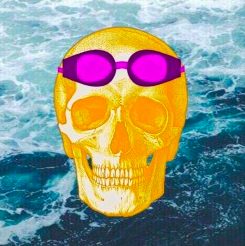 An entertaining hour, both witty and impassioned 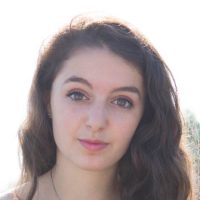 Mad, tragic, and devastatingly female, Ophelia’s airtime in Shakespeare’s Hamlet is undeservingly limited, and intended to be played by a prepubescent boy. Ophelia Is Also Dead serves as a rectifier – the extended cut, if you will. Our new protagonist punches through the fourth wall with a single expletive, as Ophelia begins a metatheatrical hour in which she furiously laments her own premature ‘throwaway’ death, whilst meditating upon girlhood, female sexuality, and Freud – I mean, it is Shakespeare after all.

Ophelia (Fiona Monk) bares her aspirations of domestic bliss, left unrealised, and her maternal bereavement that Shakespeare ignored, the mortality of his female characters being mere plot points (or holes in some cases), because as the audience, we love to see pretty girls die. Angry, flippant and oh so dry, Monk is on stage throughout, controlling the mood with exquisite professionalism, the punch line never overemphasized. She captures a childlike naivety whilst delivering weighty subtexts – musing that only virgins can tame unicorns.

Her life is viewed through a witty, impassioned monologue, decorated with cameos by Hamlet, Horatio and Gertrude in memories of Elsinore Castle. Ophelia’s supporting actors serve as just that. Notable, however, is Morrissey (Alex Cohen) hilariously caricatured as a faux-depressive middle classer, the indie sad boy trope. The audience is immersed as Horatio and Hamlet jaunt about with members of the front row, in a cast party scene. Save the brilliantly sardonic goggles, minimal use of props works to save distraction, in what is a layered performance.

The modern references are an attempt at absurdism that achieves a non-linearity dangerously close to confusion. The sexualised relationship of fourteen-year-old Ophelia and Hamlet is jarring when placed in a contemporary context. Whilst lending itself to Ophelia’s sarky one-liners, the juxtaposition of mead with Marlboro Gold does not always achieve its desired effect.

When panning over the punters, an absence of fishnets and miniskirts reminds us that we are not in fact at the 1966 Fringe premiere of Rosencrantz and Guildenstern Are Dead; Tom Stoppard’s absurdist tragicomedy from the perspectives of two minor Hamlet characters, set in the theatre’s wings. Conspicuously derivative, Gilmore concedes Ophelia Is Also Dead to be but a ‘magpie’s nest’. A reconstruction, the latter too explores art’s conflict with reality, as Ophelia scoffs the impracticalities of drowning in a frozen Danish lake.

Nevertheless, it would be invidious to disregard the piece, for what it lacks in conceptual novelty is compensated for by comedic flair – and with a soundtrack of the Smiths, ABBA and Bowie, you can’t go too wrong. Whilst far from inaccessible, it would be best accompanied by a rudimentary understanding of Hamlet, to avoid references going unnoticed and as such, unappreciated.