An unusually sun-drenched early evening in Glasgow is the welcome that Paul Heaton and Jacqui Abbott receive, appropriate for the unlikely pop veterans, with their collective history of upbeat crowd-pleasers. Their album, Wisdom, Laughter and Lines, released in October of last year, is the latest in their combined discography.

Support Trudy have the unenviable task of occupying the crowd at Glasgow’s O2 Academy, who are already a couple of overpriced San Miguels down and baying for nostalgia. The aesthetic of the shuffling three-piece’s slack jaws and frontman Oliver Taylor’s frantic clawing of his guitar is Libertines-esque. However, their material lacks the variation that their headline act supply, and fails to win the crowd over – even with an invite to Nice n’ Sleazy’s that night. You can catch them in perhaps a more sympathetic environment when they perform at Liverpool Sound City Music Festival this May.

The crowd’s combined anticipation is testimony to the wide appeal that Heaton’s lyrics and musicality have – anthems that feed off reaction, with a message about anything from alcoholism to politics, a passion that Heaton has carried from his early days in The Housemartins. Heaton is the strangest, yet most compelling, of showmen, displaying all the charisma and movement of a likeable karaoke compere down your local, but with a wit and intelligence that propels the elation of his audience. Twenty plus years of performing together in The Beautiful South has given Heaton and Abbott’s live vocals a record quality, although their occasional reliance on the lyric books in front of them is a little disconcerting, especially given their fans are repeating them like holy doctrine. Their band is satisfyingly tight, with each member given personality and room to move within the tight restrictions expected when performing hits from past projects. Sheer rapture rings throughout the whole gig, with most reserved for the most memorable of songs and what most gig-goers are probably there for, such as Rotterdam (Or Anywhere), Don’t Marry Her, and You Keep It All In.

“Thank you for your support over the years”, a humble Heaton says, after an ecstatic reaction to Perfect 10. Walking out of the venue post-gig, four teenage girls drunkenly warble on their way home: “Every woman, every man, join the caravan of love!” This support will undoubtedly last at least until the duet’s next gig in Glasgow – whether or not the sunshine lasts until then is anybody’s guess. 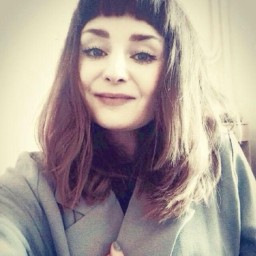