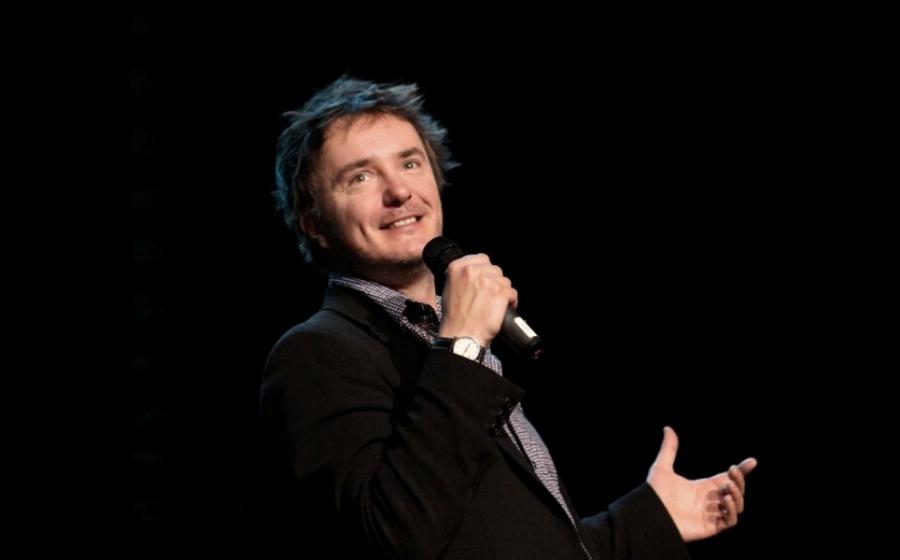 Dylan Moran
Off the Hook

[Rating:5/5] The misery of modern life can be hilarious.

‘Yes, it’s true,’ is the first line that Dylan Moran utters as he walks on stage. At first this appears to be a confirmation of his arrival in the city of Aberdeen, and it is, but there is also an undercurrent of something more meaningful in this line when you consider it in the full context of the show: a declaration of acceptance of the finality and foibles of our lives.

Moran’s onstage persona is that of a curmudgeonly, discombobulated, yet somewhat articulate drunk, shambling through life – just like the rest of us – bemused and at a complete loss as to what it is all about. Despite this, “persona” might be too strong a term, as Moran is such a master of his craft that his set never really comes across as a performance and he himself never comes across as a performer. This is real stand-up comedy, where the person on stage is connecting with the audience.

The set begins with a few observations of Scotland, and in particular aspects of life associated with the perceived dreariness of Aberdeen. Of course the audience laps this up and Moran uses the uniquely tailored opening to slip seamlessly into the bulk of his act, a comedic meditation on kids, the reality of mid-life, and our existential fears. At one point Moran describes the natural progression of the modern life as, “born, child, failure, get old, die.” On paper this sounds relentlessly depressing but Moran delivers it in such a way, with the complicity of the crowd, that it is hilarious.

This is basically a flawless night, and it is the mark of what an excellent comedian Moran is that he can discuss dark topics in such a playful and humorous fashion. Accompanied by a slideshow backdrop of his artwork, some of which is astonishingly good, Moran is the portrait of a true artist in his profession. If there is any one fact that can assert this point it is that after watching the show and having just left the Music Hall, there is a distinct sense of being uplifted, and of feeling significantly happier than before you went in.