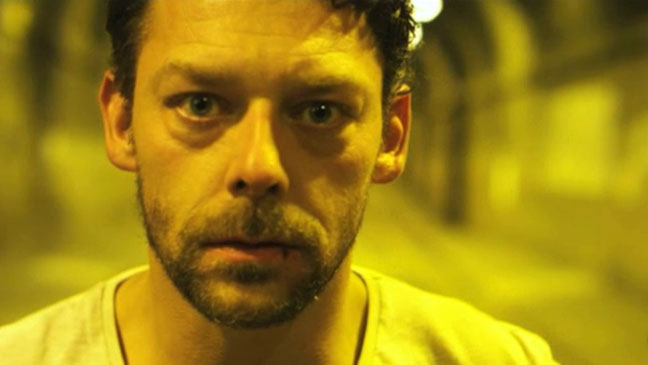 Listen up, kids: don’t do drugs. And if you really must, whatever you do, do not start owing anyone money, least of all your jolly-one-minute, psychotic-the-next dealer – or you might end up like Frank (Richard Coyle). When forced to dump a stash of drugs or face jail, Frank finds himself resorting to violence and lies to chase down any scrap of cash he can get his hands on so he can pay back an obscene amount of money to gangster Milo (Zlatko Buric).

A remake of Nicolas Winding Refn’s 1996 Danish feature, director Luis Prieto has captured a gritty feel and strong visuals that defines it well from its predecessor. The acting, by and large, is solid, with Coyle a strong and convincing lead, well supported by Bronson Webb as his dorky, hyperactive friend. Agyness Deyn as Frank’s girlfriend is natural but insipid, and seems to be there more for her ‘woe is me’ beauty shots than for bringing any real energy or conviction to the film. But as with many films of the genre, the plot is somewhat predictable with all the usual archetypal characters and debauched scenarios, which makes Pusher feel a little tired.