Dark Icelandic comedy on the struggles of two estranged brothers as they fight for the survival of their flocks and livelihoods.

Rams eludes categorisation, straddling wry comedy, tragedy and drama. Regardless, the tale of Gummi (Sigurður Sigurjónsson) and Kiddi (Theodór Júlíusson), two estranged brothers who fight for the survival of their flocks and livelihoods is one that will affect the viewer. The film received the 2015 Un Certain Regard award at Cannes and a warm reception on the international film festival scene. Sadly, it’s unassuming approach and quiet humour, alongside its limited distribution, will likely result in Rams being cherished by film aficionados, critics and too few beyond.

Director Grímur Hákonarson has made his name directing documentaries, an asset in this feature where his calmly observant style is bolstered by the muted cinematography of Sturla Brandth Grøvlen in this delicate homage to the Icelandic landscape.

Effective use is made of the two leads who impress with minimal dialogue. Their performances make it hard to believe they aren’t shepherds doting on their flocks; indeed Rams would be a strong contender for most man-sheep kisses on film, if such a prize exists. Their affection for their flocks is clear, from Gummi frantically scrubbing his ram in his own bathtub when he fears infection, to the dismayed community when the cull of their livestock is declared. The culprit is scrapie, an extremely infectious fatal disease which affects the nervous systems of sheep.

At the announcement, an enraged Kiddi challenges the local authority, ‘Why not take us too? Finish the job.’ The brothers reactions contrast sharply. Kiddi, a vocal opponent, refuses to accept the verdict and fights the veterinary team. Gummi’s adherence fails to fool the audience, however, and his personal rebellion is revealed later.

The portrayal of the warring brothers’ relationship doesn’t shy away from the complexity that one expects from siblings living on neighbouring farms. The challenges of their proximity are shown as they only communicate via Kiddi’s sheepdog Somi. When a drunken Kiddi breaks his brother’s windows, Gummi responds with a detailed invoice for the cost of repairing the panes. Their undeniable mutual affection is expressed in an indirect and gruff manner – Gummi’s unconventional method of escorting Kiddi to A&E as one example.

Rams keeps its cards close to its chest, but unfurls them in such a manner that, whilst the plot is hardly surprising or hidden, it barely matters. There is no need to rely on purposeful ambiguity to ensure maintained interest.

The ending may frustrate, but the easily-predicted reuniting of the brothers is a heart-warming conclusion with the pair sharing a tender and vital naked embrace in an icy cave reminiscent of a womb. Although it would be nice to know the fates of the characters beyond its abrupt ending, the tale is executed masterfully and any omissions challenge the viewer and add rather than detract. 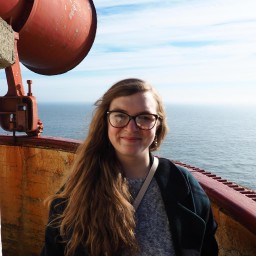