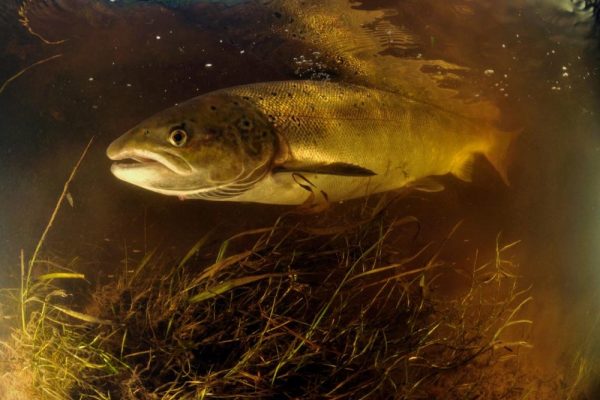 Riverwoods – An Untold Story is an important film for anyone who cares about Scotland’s environment. From the moment we hear Peter Capaldi’s distinctive and emphatic voice lamenting the plight of the salmon, we can tell that this stuff matters. Documentaries are rarely pitched in such urgent terms. While we may have seen copious helicopter and drone footage of the Highlands before – and thought them beautiful and majestic – Riverwoods asks us to think again.

Because this is no pretty travelogue.  Time and again Capaldi intones: the ecosystems, the biodiversity, the web of life – all are struggling. And the film gives example after example of the interdependence of the uplands and the rivers, of species bound together symbiotically and, as it transpires, catastrophically. Riverwoods is clear in its message: Time is running out. But, for all the urgency, this is no environmentalist polemic. It transcends such tunnel vision.

Brilliant photography traces the complex and amazing lives of the species in and around the river systems, beginning with the extraordinary life cycle of the salmon. There are vivid illustrations of how the fry, par, and smolt stages of the fish have important interactions with pearl mussel larvae. And we see how invertebrate life such as the mayfly, benefits from these interactions. Lucid, knowledgeable contributors speak their truth in what becomes a highly persuasive work. Freshwater experts, ecologists, and land managers such as Susan Cooksley, Edwin Third, Tommy McDermott, Duncan Pepper and Luke Comins express their concern cogently. But it is the priest-like Capaldi voice that really slaps us in the face: ‘Nature’s delicate balance has been affected by human activity.’

The film’s indictment is blunt, and impressively conveyed, its polemic comprehensible and consistent. It is skilfully reinforced through striking images, impact heightened by extreme close-up, slow motion, and multiple camera angles. And the visual message carries over into the degraded, barren land – not beautiful wilderness at all, but effectively desert. We see the uplands as a zombie landscape lacking biodiversity, and thereby weakening the ecosystems of which it is a part. Over millennia, we have removed much of the forest which once blanketed the uplands and nurtured those fragile ecosystems. Instead, we keep half a million deer for sporting estates, and we burn heather and moorland.

Only after the damning case for the prosecution do we learn of possible sources of optimism. We learn of rewilding, and the beaver’s river engineering skills. The beaver – somewhat magically – can create cleaner water and provide shelter. And we learn of the plan to plant a million native trees in 15 years. Then there is the ambitious ‘re-meandering’ of previously straightened river catchments. This aims to enable a greater range of habitats, recreating the river’s natural flow and structure. Such eager stories imbue the film’s climax with a surprisingly upbeat tone.

Riverwoods harnesses stunning photography to a consistent and coherent diagnosis and agenda. Strong aural motifs, from Audio Network and Salt House, complement well. Everyone should see it.