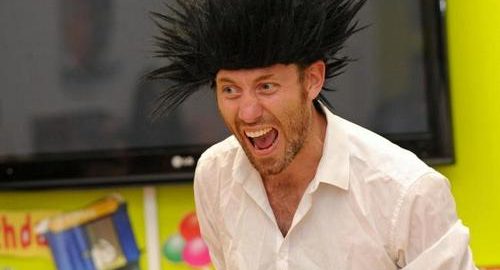 John Kirk's take on Roald Dahl's story makes up for a lack of invention with a playful, interactive performance

Roald Dahl has rightly come under the cultural microscope in recent times, but nevertheless his stories hold a special place in the childhoods of everyone who grew up reading his books. The Twits, published 41 years ago, has already been given the stage adaptation treatment like several other of Dahl’s works. Seasoned entertainer John Kirk’s take doesn’t opt for scale, nor does it seem especially keen to engage with Dahl’s book on a critical level. This is a show squarely aimed at children, and they are pretty much guaranteed to have a rollicking good time.

Kirk has also adapted The Enormous Crocodile, another one of Dahl’s tales, and his sheer enthusiasm for the author’s writing is on full display. He cuts out some plot details in favour of turning The Twits into a one-person, interactive show for families. Cue everything you might expect and hope for from a show like this; water pistols, gross-out clean humour, and some literal monkeying around. Kirk is wonderfully quick to improvise in the face of particularly plucky young audience members who want to dive into the action (even if it means diving head-first into a pot of ultra-sticky glue). Every child in the crowd is guaranteed to be full of laughter. Kirk’s ability to hold a young audience like he does puts a massive smile on your face, as does his own energy and passion.

Kirk can’t quite tap into the nostalgia element that he brings up at the beginning of the show. By taking out certain story elements in favour of a more child-centric experience, it is not a show guaranteed to reel in parents as much as it will their kids. There is ample opportunity for Kirk to try and address elements of the story that have not aged well, but he elects not to. Perhaps wisely he feels that this would be lost on younger fans, but for older audience members it does mean that this take on The Twits lacks the inventiveness needed to feel really special.

That being said, as an effort to get kids to engage with theatre and literature, Kirk hits all the right notes. His experience and talent shines out from within him just as strongly as Mr and Mrs Twit’s ugliness shines out from within them. As a playful, funny return for children’s theatre, Roald Dahl’s The Twits really is a treat.