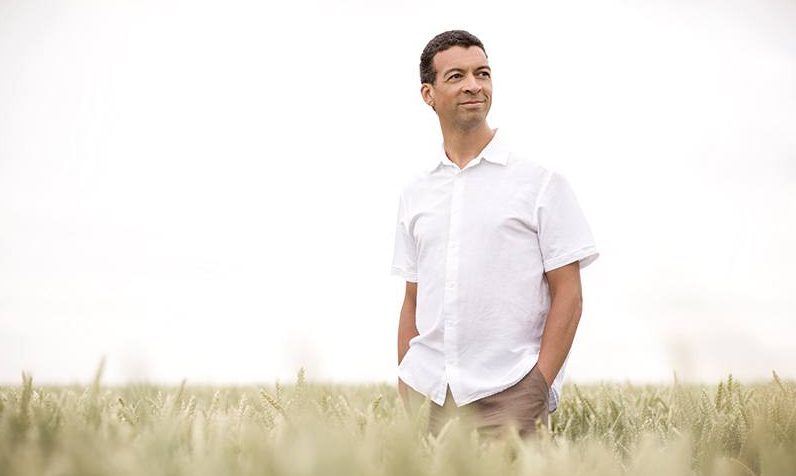 Roderick Williams is a fine operatic baritone who is a sought after singer in the opera houses of the world. More recently he has been building a reputation as a recitalist on the concert platform and very recently has been singing and recording Schubert’s great song cycle for the first time in English. This is because his accompanist Christopher Glynn commissioned an English translation of the songs from noted translator Jeremy Sams, to be performed at his Ryedale Festival and for recording.

Williams talks about the process of singing the songs in English at the introduction of all three concerts, and at the final concert he takes a question and answer session with Christopher Glynn. His conclusion is that it makes the songs much more accessible to an English speaking audience and he can sense that in watching his audience. This is certainly the view of almost all the audience who speak at the Q&A, including your critic. The only objector is a French woman who argues that English is becoming too dominant in the world!

Williams begins this year’s Lammermuir journey at the lovely little 17th century Dirleton Kirk where he sings The Fair Maid of the Mill, more recognisable as Die Schöne Müllerin. He says we should treat this song cycle as the hopes and aspirations of a young man in pursuit of love, and of course the accessibility of the English and Williams’ perfect diction, fine singing and acting make this experience so much more vivid than the normal German version.

Similarly, his version of Winter Journey (Winterreise) at Prestonkirk Parish Church, East Linton, where his articulation and body language complement a voice which runs the gamut of of emotions, from the vulnerability of the high notes to
the full-chested deeper notes, expressing deeply threatening anger.

Again, Christopher Glynn provides the perfect piano accompaniment, keeping a relaxed face, whilst the music and the dance of his hands adds another dimension to the concert. His final song, The Hurdy-Gurdy Man (Der Leiermann), is the most bleak and touching of all; the singer takes a new stance looking away from the audience into space and ending
the cycle.

His final concert Swansong (Schwanengesang) is also at East Linton, and is perhaps his most perfect delivery. No text of the songs is available in the programme and this, he explains, is deliberate, as he wants to engage the audience directly. That he fully succeeds in doing with his wonderful voice, his perfect diction and his fine acting. Here, the opera singer adds to the Lieder specialism, with Christopher Glynn again in accompaniment, and the packed church respond warmly.

This is a great experience for all who attend, and all three concerts are sell outs. Most people conclude that they prefer the cycle sung in English but are not sure whether they would want to experience all their operas in English, which – interestingly – the Ryedale Festival insists on. This is another triumph for the Lammermuir Festival which reaches new heights each year, bringing quality international performances to the people of East Lothian and Edinburgh.