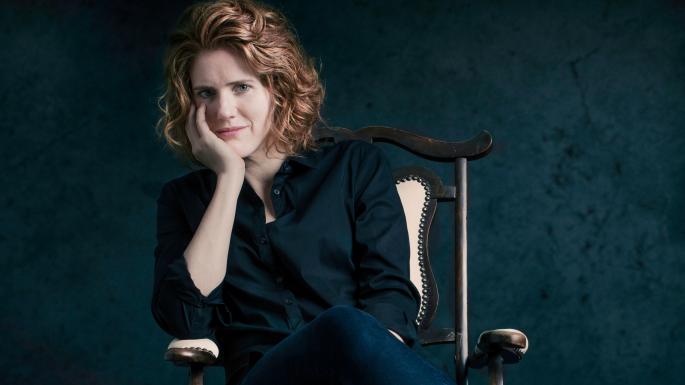 Sarah Kendall has an uncanny knack of combining hilarity, despair and cerebral storytelling in her shows and while Paper Planes isn’t her strongest work – it’s an entertaining way to pass an hour.

London-based Australian Kendall begins her show with a gentle mocking of the audience. We’re not the happy-go-lucky, vibrant Fringe-goers you see around town. We’re a more restrained, dour bunch who share the same sensibilities as the comedian. She’s right – the audience is definitely a more measured group and some jokes seem to go over their heads entirely, a shame really as the material is good.

The comedian tells us she’s run out of stories, which is unfortunate because she’s meant to be writing a book. She got a lovely advance, splashed out on a fancy watch but can’t seem to find the words. Every time she has a moment to write she scrolls through her newsfeed and all she sees is misery. The world is on fire, Kendall feels helpless and struggles to find joy. The show is broken down into four handy self-contained chapters, which is four chapters more than she managed to write of that manuscript.

The chapters are funny and contain a cast of characters – Kendall’s nine-year-old daughter who wants to know where babies come from, her terribly posh agent, her mother who can only text in capitals and cameos from a couple of Hollywood stars. Kendall finds herself in hilarious situations that most of us will have experienced – awkward conversations with strangers, a fraught encounter at an airport check-in desk and parental woes keep the audience amused. The anecdotes are sitcom-like and you can’t help but wonder how they would work on screen or radio.

Kendall’s show is expertly written and delivered but this isn’t laugh-a-minute stand-up, it’s thoughtful storytelling that will make you chuckle and reflect on the state of the world.