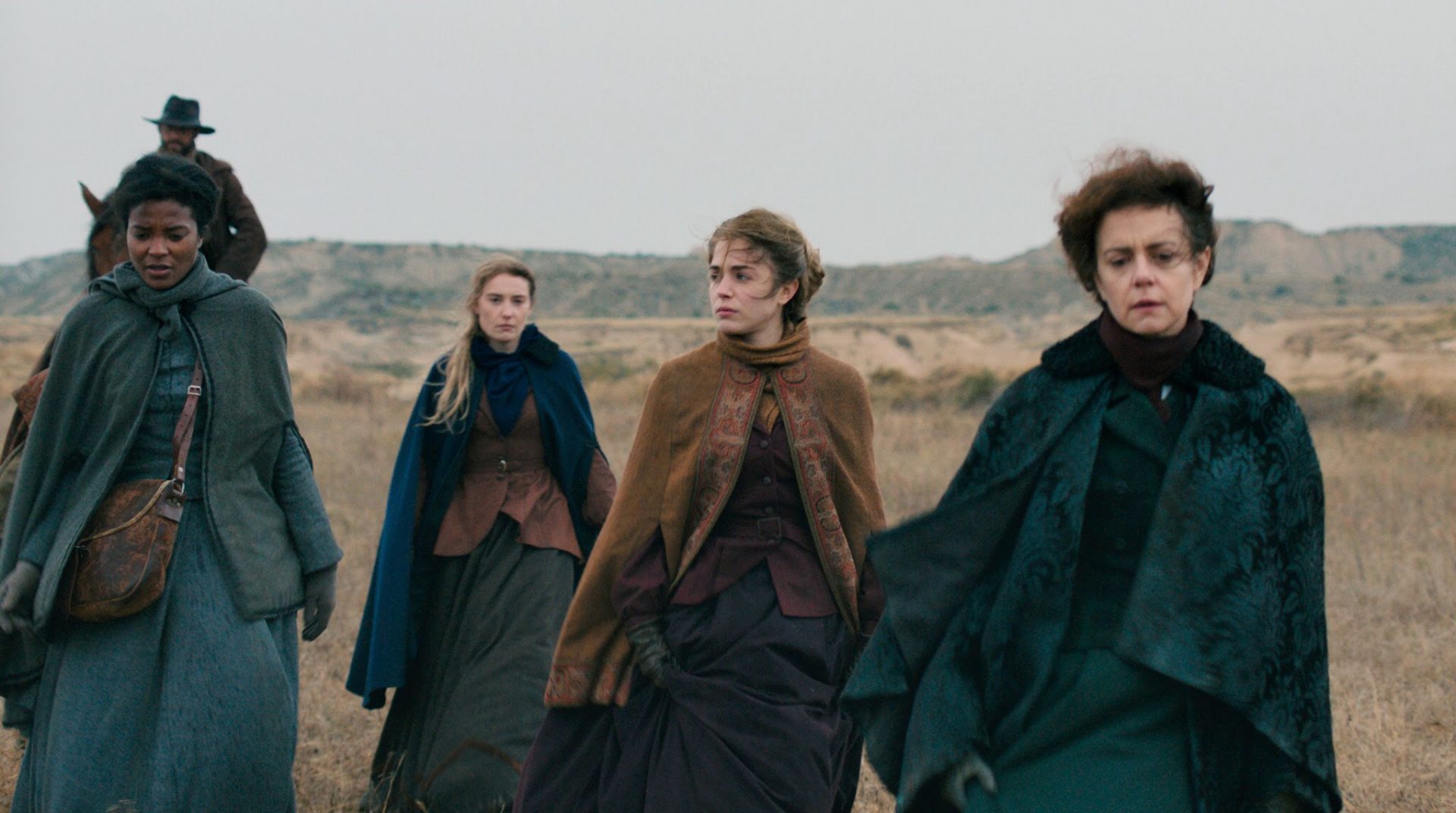 Attempt at feminist western fails to deliver despite stunning visuals

There are many stories to be told by delving into the dark and bloody history of the American Civil War. It was a tumultuous time in American history, and it is rare to see an individual take such a fresh and often unseen approach as writer and director David Perrault does with Savage State. Shirking the division of North and South, Perrault focuses on a (mostly) neutral French family who attempt to flee from the encroaching war with the aid of a less than reputable mercenary.

By all accounts, Savage State should be a roaring success. Perrault clearly has ambition when it comes to his filmmaking. Between stunning vistas of the Appalachian wilderness, gorgeous cinematography, and a haunting soundtrack from Sébastien Perrault that borders on ethereal, there are so many elements that when brought together should excellently capture the style of the Gothic western. Sadly, while these elements are indeed strong, they are let down by a combination of bland storytelling and hollow gestures that will simply leave audiences disappointed.

For a film that is two hours long, it’s strange for the plot to feel as rushed as it does. Perrault often lingers far too long on scenes which are aesthetically beautiful but do little to actually aid the narrative. This ultimately means that many other scenes feel deeply unfocused – like a bizarre sequence where the apparent villain Bettie (Kate Moran) dances around a campfire with her faceless goons.

There is something to be said for the film’s reversal of traditional western genre conventions – rather than explore the great ‘taming of the west’ typical of such film, the characters transition from civilisation to savagery in a quest for survival. This should make for a gripping and nuanced tale, but in order to do so successfully, it would require actual character development, which is sorely lacking. Despite some superb performances from the likes of Moran and Alice Isaaz as Esther, motivations are either unexplored or ham-fistedly tacked on, leading to an incredibly hollow experience. The only time this is actually done well is in the tension between matriarch Madeline (Constance Dollé) and the family’s emancipated servant Layla (Armelle Abibou), who is also Edmond’s mistress; but even this glimmer of hope is clumsily resolved.

At its heart, Savage State truly wants to be a feminist western, with the female characters proving themselves to be far more capable than their male counterparts. Again, the pacing of the film is one of its greatest detractions, as far there is so little time devoted to exploring the issues at hand.

The problem is that Perrault’s attempt to demonstrate this is incredibly shallow and almost tokenistic. His heart is clearly in the right place, but without any nuance or a better understanding of how to deliver such a narrative successfully, the film is sadly far worse for it. Godless this is not, and ultimately any promise that Savage State initially shows is quickly lost.

Screened as part of Fantasia Festival