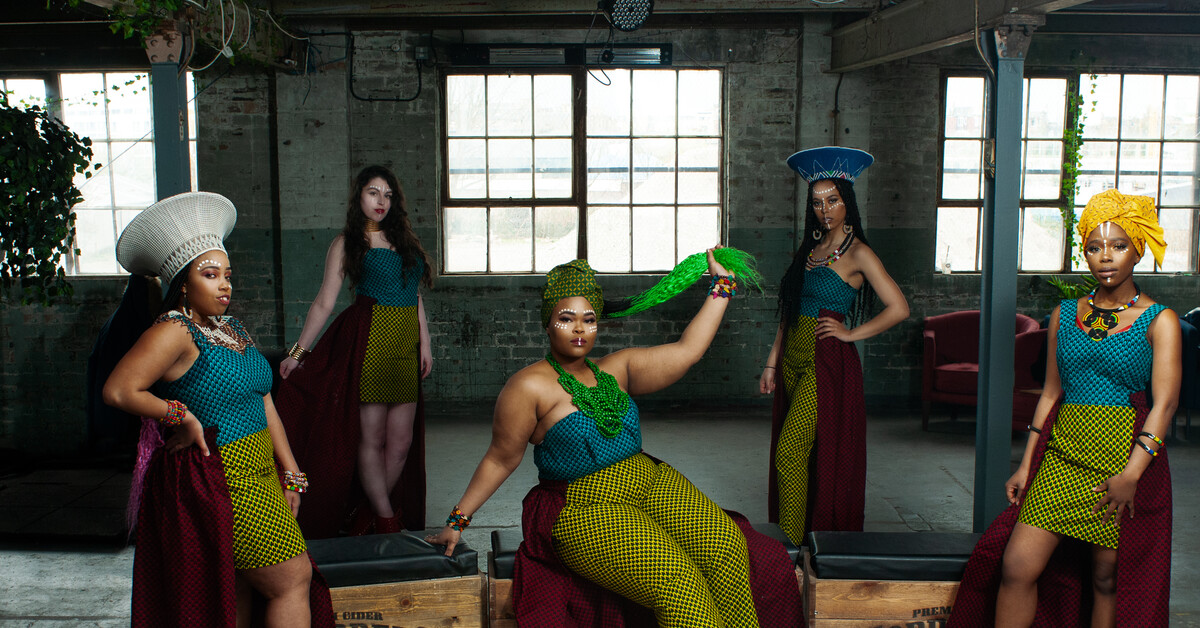 It’s always especially thrilling to see local artists featured in the Edinburgh International Festival programme. So, when COVID-19 has made something of a dent in the local contribution this year, Shona the Musical Choir is especially welcome.

Led by musical director Neo Vilakazi, the Edinburgh-based choir is composed performers who mostly hail from African countries. Adorned in vibrant costumes, they’re accompanied on stage by keys (Franco Giovanetti), an electric guitar (Matheus Barros), bass guitar (Ramcise Modie/DJ Ramsy), drums (Peter Farrugia), the djembe and percussion (David Luhanga). Their performance offers a collection of songs inspired by Africa, designed to evoke – we’re assured – the roar of the lions, the mists rolling down the slopes of Kilimanjaro, and the crash of Victoria Falls.

Shona the Musical Choir is inspired by historical events and the socio-political turmoil of Robert Mugabe’s rule of Zimbabwe. The musical style ranges from more traditional chants and songs to a treacly jazz, a slice of funk, and a brief foray sideways into the blues. All the music has been penned by Vilakazi with the help of Morgan Njobo and Ramcise Modie.

The ensemble make a thrilling sound. With the bass thrumming, the guitars rocking, and the drums at full pelt, we have a glorious wall of sound that almost counteracts the wind gusting through the sides of the marquee*. The a capella tracks are particularly impressive, the purity of the voices in harmony soaring to the skies. Meanwhile, the rockier tracks are soaked with a sultry sense of infectious rhythm; I Rise exudes joyous determination, and Libéré Zimbabwe is full of hope. There were occasional glitches with the sound – including microphone malfunctions or maladjusted sound levels – but that’s maybe inevitable with such a large group of performers in festival conditions and on their first (and last) night.

Despite the enthralling music, the narrative thread shaping the evening is less clear. There is a love story in there, some reflection on gender stereotypes, a segue into politics (that may have been satirical), and a tale about a young man who left Africa destined for an education overseas. In order for all of this to become clear, however, the stories require some explanation from the cast. A reference to further development on the musical may mean that there is more to come for this ensemble and production.

Vilakazi notes that an African musical is a rare thing. It’s brilliant to see the group taking steps to address this and we very much hope to hear more of Shona the Musical Choir in the years ahead.

*NB: Bring a jumper if you’re coming to one of these outdoor gigs. You might get lucky and not need it. Some wise souls brought blankets