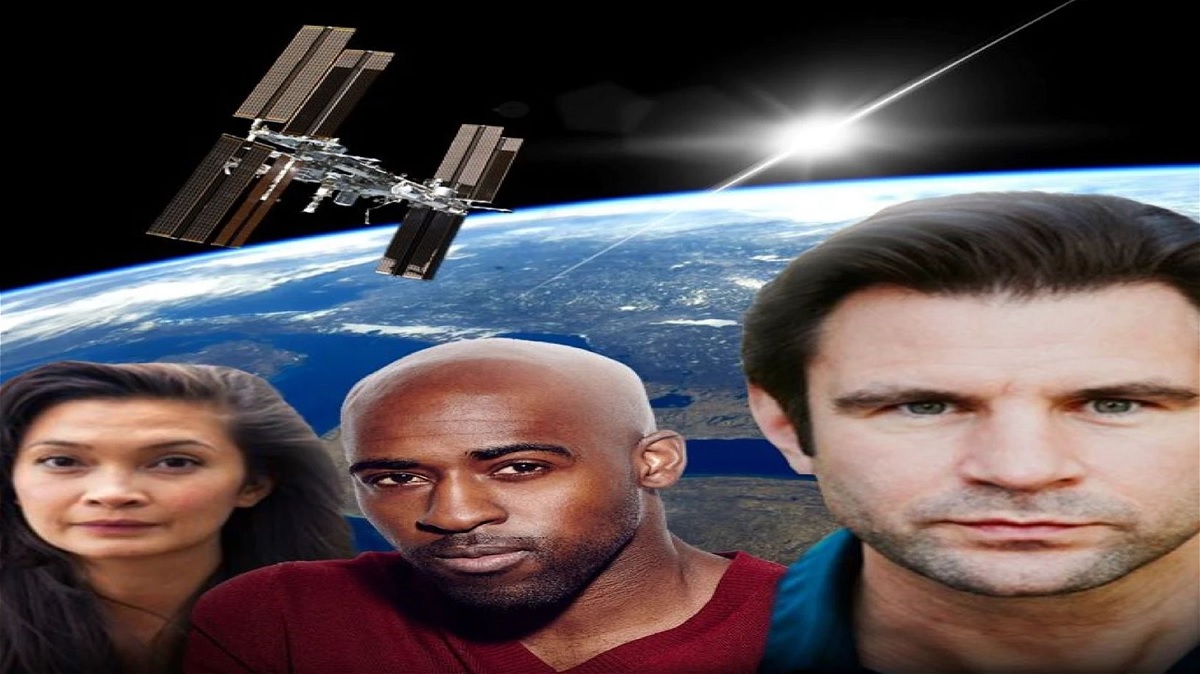 A tense, provoking dystopian story performed with class by actors who really bring the story to life

Andy Jordan’s SpaceXPat uses the online realm as a device to channel both the loneliness of space and the distance (physical and otherwise) between the characters. From a very early stage it makes for a transfixing piece of theatre that chimes incredibly well and is never at risk of being laden down by an overly heavy, glum tone.

Pat (Paul Albertson) is an astronaut who extends his stay on the International Space Station indefinitely. Pat’s wife Kaye (Kirsten Foster) and mission partner Mike (Daniel Francis) are not impressed, and neither is NASA. The rest of the play takes its time in dissecting whether these are the misguided actions of a desperate man, or if he really has a point when he claims that the earth is beyond saving.

The philosophical musings about space and the earth that permeate throughout SpaceXPat are in themselves nothing new to fans of dystopian fiction. Despite this, the realism and humanity that give these issues substance do more than enough to blend an entertaining presentation with a provoking premise. Pat’s sombre retreat to space is driven by both personal circumstance as much as it is by self-fulfilling prophecies of doom. The show strikes an almost perfect balance between pessimism and optimism that drives the story forward fantastically well.

Sometimes Pat’s actions border on overacted cringe and cliche, as does a musical rendition as the show reaches its climax. Mostly however, all three cast members excel in crafting believable, torn characters. In the absence of a disconnected narrator holding your hand through the story, they also help to give the world Pat has left behind real sense of tangibility. The show takes recent events and twists them to create a futuristic landscape poisoned by state violence, global warming and disease, a state of play that comes up repeatedly. In the absence of visual cues, the dialogue convincingly layers the broader context of Pat’s actions to hammer home exactly what is at stake.

SpaceXPat is a highly effective channelling of both hope and hopelessness that makes full use of how the internet makes us both more connected and disconnected at once. This story of one man’s quest to reject his earthly existence makes for a compelling, poignant watch that benefits hugely from the talents of its cast.