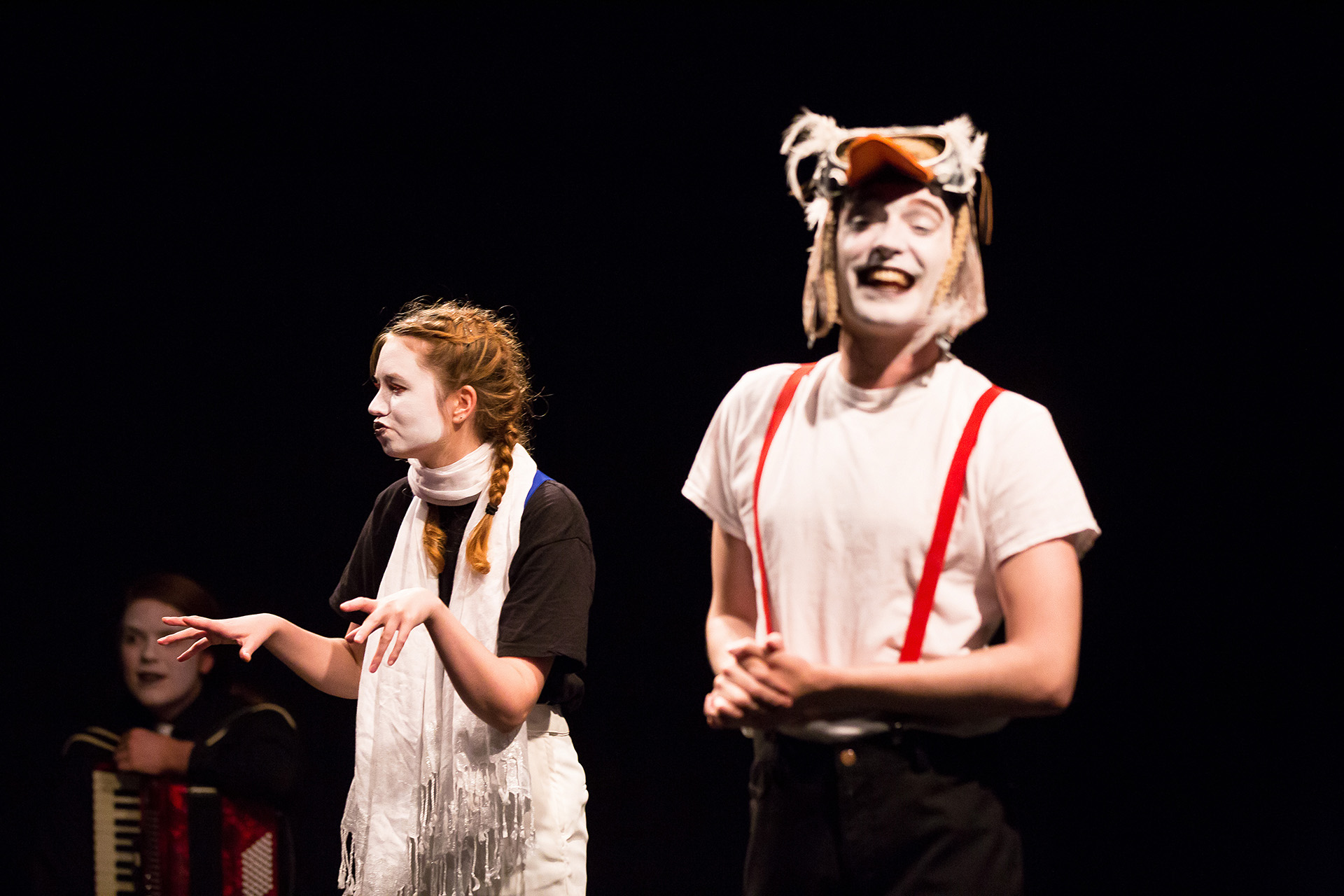 A funny, sharp, interactive allegory where your fate is decided by a roll of the dice

This is a show that’s defined by a gimmick… but it’s a good gimmick, one that makes a satisfying splash then spreads quieter ripples of thought and understanding. As you enter the theatre, you’ll be asked to roll dice – to decide, in an echo of the randomness of your birth, whether you’ll spend the next hour as a Standard or an Elite. The Elites sit on the stage, and are welcomed like royalty, while the Standards in the stalls are barely greeted at all. And the Elites have power: the power to vote, and thus to influence the direction of the story to be told.

The story itself involves a prince from the land of Highground, who one day falls to Lowground and learns that it’s not so easy to climb back to his lofty home. That concept won’t win any awards for allegorical subtlety, but writer Elliot Hughes has built in some sharp observations along the way: the prince’s journey is difficult and the rules are Kafkaesque, yet he always gains advantage from the simple fact of who he is. He recruits a talking duck, a carriage-driving turtle, and a plucky Lowground girl – all played by a pair of clownish storytellers, whose physical antics and occasional quarrels provide plentiful upbeat humour.

At key points the action breaks out from the stage, with the Standards in the audience invited to play a part in moving the narrative along. The tasks are entertaining, but invariably menial; if you do well in them, you might just earn a promotion to sit among the Elites. Needless to say, this is a sardonic swipe at the promise of social mobility, and a piquant commentary on the division of labour in a capitalist society. But it’s also – dare I say it? – a whole load of fun.

There’s another layer to these rules as well: a mysterious figure who sits to one side, and an Orwellian voice which sometimes breaks in. Towards the end, as society’s fabric begins to fray, the balance of power grows less obvious and there are creative jokers waiting to be played. The whole thing builds to a kind of punchline – a pithy analysis of just why this is all so transgressive, and why there are certain questions society never even seems to ask.

As the play itself acknowledges, it offers no solutions, and it’s unlikely you’ll learn anything about how the other half live which you genuinely didn’t know. But no matter: it’s a funny, clever metaphor for life, and a shared experience that stands out even among the clamour of the Fringe. You won’t regret rolling the dice.