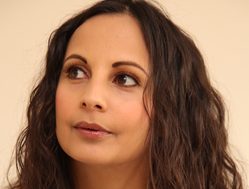 Stella Graham
Rage Against The Unclean

Material fails to capture the attention of a confused and awkward room.

Stella Graham begins her show by announcing that anyone waiting for the show Iguana Mum will be disappointed as performer Sindhu Vee is on a break until 20 Aug. The few people that subsequently leave make for a very inauspicious beginning, which is not Stella Graham’s fault. However, labouring this at the outset does the set no favours.

With material that covers moribund conversations with her mother, her hatred of her IT job, fighting after drinking and getting irate at middle-lane drivers it is apparent that Graham has no particular point to make. Graham’s style could be called observational but it lacks the naturalistic swagger of a true conversationalist. Her rhythm is erratic and the gaping silences between anecdotes and gags make the performance hard to follow at times and eventually starts to wear on Graham.

Opportunities to introduce more distinct themes into her set are sidestepped in favour of easy gags which barely register in the confused room. A latecomer who arrives during the closing minutes serves to undermine whatever plan remained as Graham bemoans the Free Festival saying, “this is what happens when you’re not at The Pleasance”.

It’s a slightly bitter end to an awkward forty minutes, which on reflection may have been enhanced by a more emotive approach to the mother material; media could have been incorporated to explain the relationship more fully or more detail given about the specific job she hated so much. Many of the stories lack colour or tone and as such fail to convince as autobiography and instead feel like jokes with overlong set-ups.

Had this uneven performance issued from a relatively new performer allowances could be made, but Graham has visited the Fringe on more than one occasion. Graham may have felt the room was inadequate for the purpose at hand, but it wasn’t to such an extent that laughter was inhibited, and laughter was at a premium in the Cinema Room today.