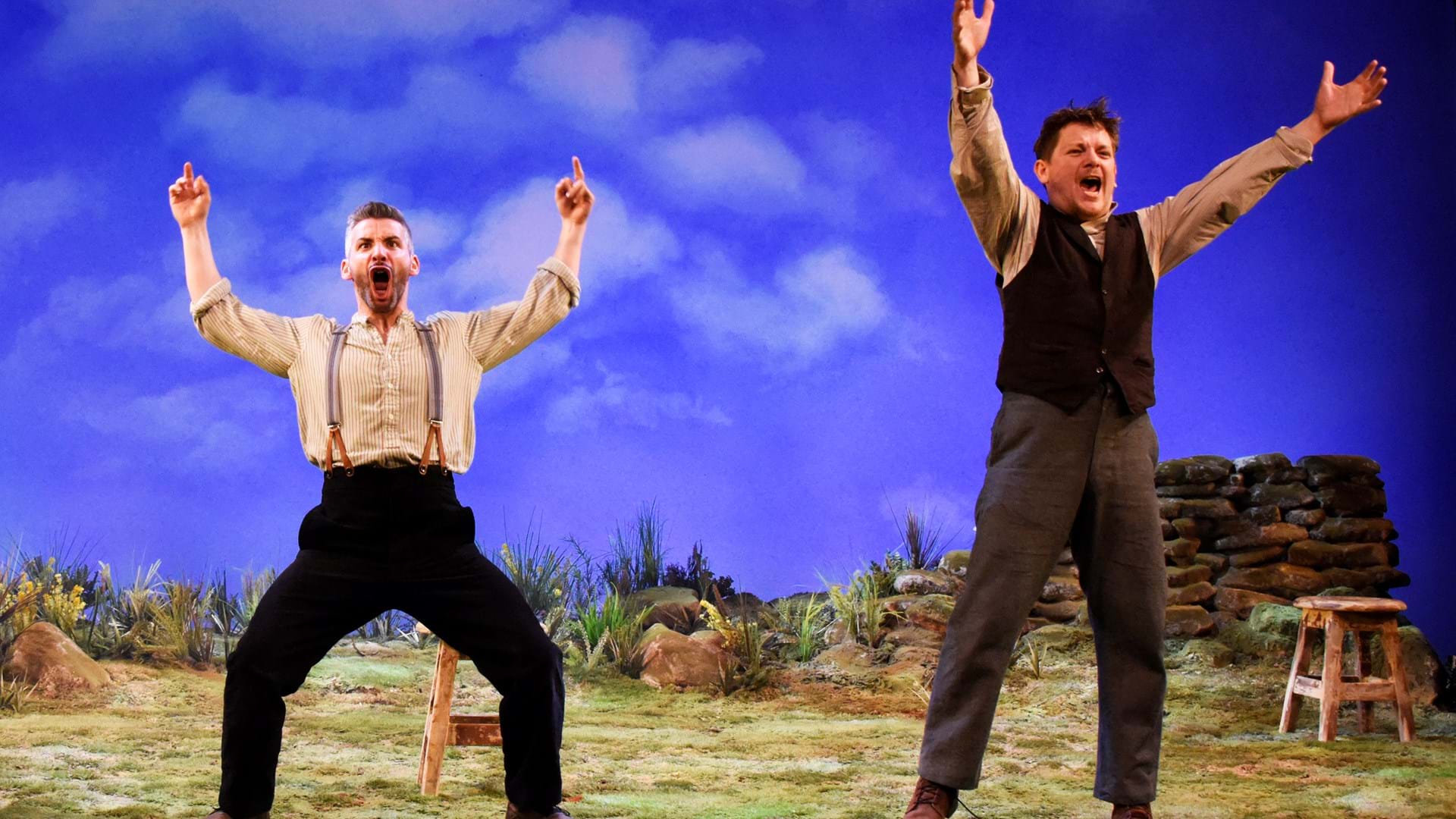 Stones In His Pockets

The folksy Irish tragi-comedy is beginning to look tired

Stones In His Pockets is showing its age. Written by Belfast’s Marie Jones and premiered in 1996, this tale of what happens when a Hollywood film crew descend on a Kerry village is the theatrical equivalent of an Oasis album. You can vaguely sense how fresh and thrilling it once was, but now it just seems formulaic and of its time.

It draws on a folksy cultural depiction of Ireland that was then in vogue – see Riverdance, Titanic, The Commitments. The locals, hired as extras for the film, are poor but resourceful dreamers who like a drink and enjoy a jig. Loveable rogues with a sadness hanging over them. The play’s intent, to some extent, is to send up that romanticisation and Hollywoodisation, but it does so using another trope of the time – plucky ordinary folk showing their smarts in the face of adversity (think The Full Monty et al.). These days the messaging feels clunky and heavy-handed. Celebrity is shallow; real people have stories too. Reality TV milked that one dry a long time ago.

None of this is the fault of Owen Sharpe and Kevin Trainor, the two actors who are called upon to play all 15 characters – male and female, Irish and American (and Scottish) – and do so smoothly enough. They could use a prop or two to make the transitions clearer; physicality and gesture alone don’t mark clear enough dividing lines. Their comically exaggerated female characters – film star Caroline and crew assistant Aisling – are also a bit naff, but director Lindsay Posner has chosen to keep the comic and the poignant demarcated and easy to find.

After all, Stones… is, of its kind, a well-crafted story. Nicely-paced, emotionally balanced, rising to a satisfying resolution. The character swapping is fun and the characters easy to get a handle on. If a hacky Wee Reviewer were to needlessly extend the Oasis analogy, it would be a crowd-pleasing Don’t Look Back In Anger, not a messy D’You Know What I Mean.

Its economical staging – little more than a big black trunk and a rural backdrop – and lack of a big name star means it feels more like a well-made studio play than a main house production, especially in an emptier than usual King’s. Perhaps a rougher and readier setting might unearth some magic again. It definitely needs some new spark. Not yet old enough to be classic, not new enough to feel fresh, it sits in limbo – pleasant, but tired.