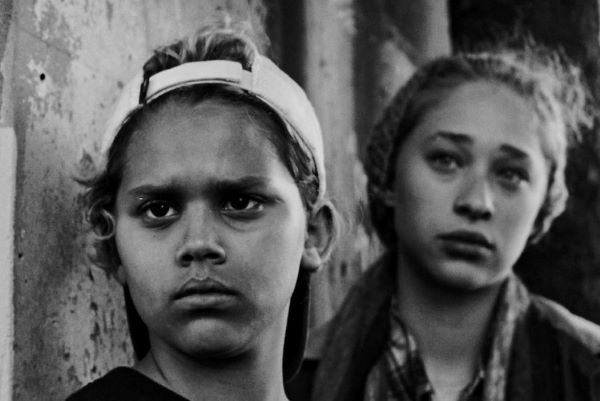 A warm-hearted and ultimately optimistic take on tough subject matter

American indie mainstay Alexandre Rockwell’s latest Sweet Thing is very much a family affair. He directs both his own children, Lana and Nico Rockwell, and his wife Karyn Parsons in this lo-fi drama that’s rough-edged in appearance but old-fashioned at heart. Superior performances from the young leads see this touching tale of kids traumatised by neglectful parenting safely through a hazy monochrome cloud of sentiment and familiarity.

Teenage Billie (Lana Rockwell) and her younger brother Nico have had a tough upbringing. Their parents Adam (an excellent Will Patton) and Eve (real-life mother Parsons) are separated, and the pair live with Adam, an entirely non-functional alcoholic. Adam’s a loving parent but too often in a black-out stupor, or drunkenly punishing poor Billie for bearing too much of a resemblance to his estranged wife. When their dad is arrested and sentenced to a few months in a drying out facility, the kids go to stay with Eve and boyfriend Beaux (M.L. Josepher). However, Eva and Beaux are problem drinkers too, and when Beaux turns sexually predatorial towards Nico, the kids flee with raggedy neighbourhood kid Malik (Jabari Watkins) in tow.

Shot in black-and-white on 16mm film stock with occasional bursts of colour, Sweet Thing visually resembles early Jim Jarmusch. It also resembles several recent tales of fraught, poverty-stricken childhood like (most overtly) Beasts of the Southern Wild, The Florida Project, and Tigers Are Not Afraid. When the film takes its second of two abrupt changes of fortune for Billie and Nico and becomes a road movie we find ourselves in well-worn territory as the self-styled “outlaws and renegades” career between carefree exuberance (a joyous evening spent in an empty holiday home is a highlight) and the terror of being caught, hurt, or worse by any adults they encounter along the way.

Sweet Thing never quite threads the needle between the brilliant early scenes which established the wonky dynamics between Billie, Nico, and Adam so well, and the careworn format it later adopts. But despite this unevenness, there isn’t a second that Lana and Nico fail to convince. Rockwell directs them to the limit of comfort at times (there are two scenes in particular that provoke a vertiginous queasy sensation), but is firmly and correctly aware of their abilities. As in the case of the Adams/ Poser clan behind micro-budget horrors like The Deeper You Dig, the family bond is a virtue, not a case of misguided nepotism.

Sweet-natured despite its troubling and ever-relevant subject matter, Sweet Thing feels both out-of-time and out-of-place. This affords it the air of a fable, but also pulls the very real punches it tries to make. In its defence, this highlights the resilience of its protagonists and posits its travails as surmountable and that the cycle of poverty and abuse can be broken; and it’s rare for a film dealing with such subjects to fall on the side of optimism, naively misty-eyed or not.