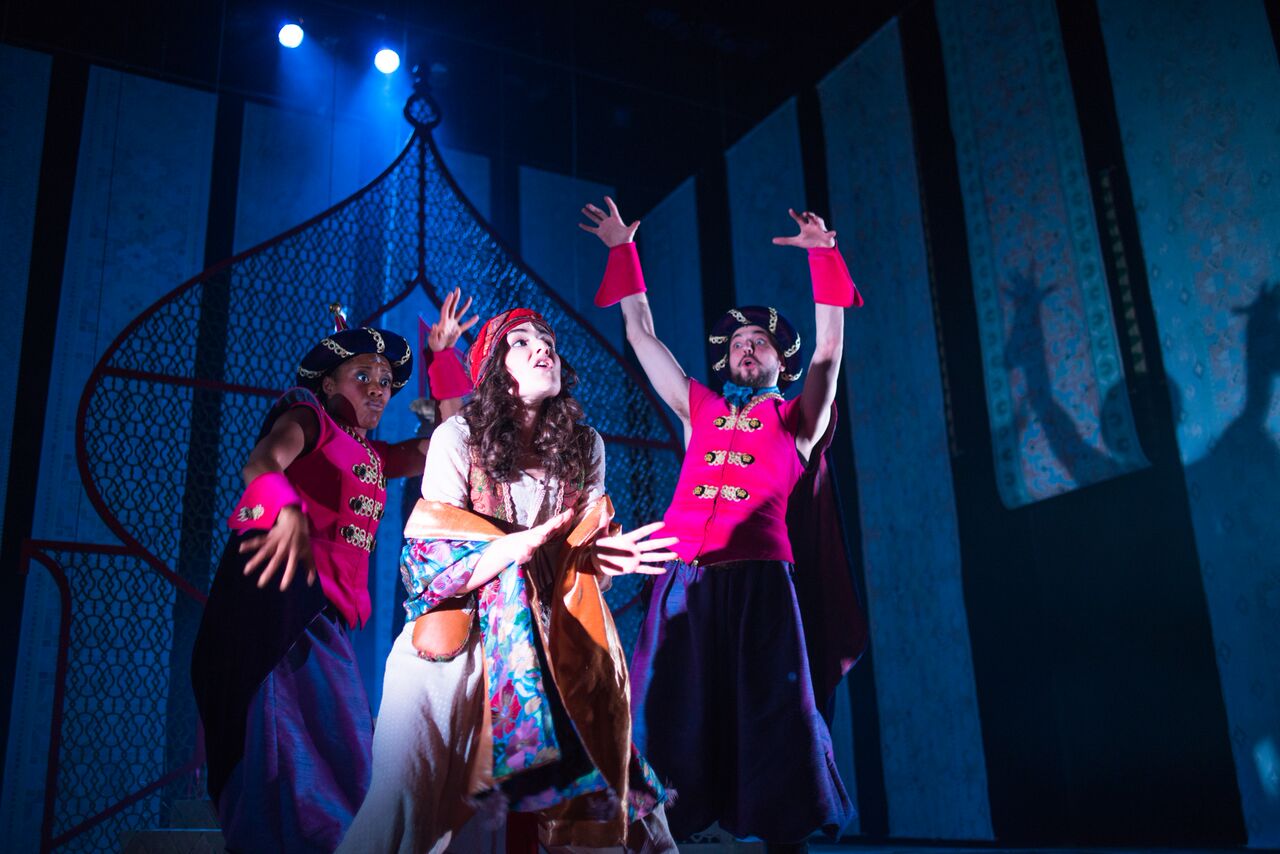 New tales for old open the festive season at the Lyceum.

Scheherazade is a typical teenager, though living in pre-electronic and internet era Baghdad; bored, bored, bored and very underwhelmed by her mother’s marketplace storytelling. In this updated take on the traditional tales, Scheherazade (Rehanna MacDonald) discovers her inherited ability as a storyteller to free her mother and the city’s market traders from their dour, rule-obsessed sultan.

The Arabian Nights, written by Suhayla El-Bushra, brings to a new generation of audience the age-old tales of 1001 Nights, the stories within stories told to win round the sultan (Nicholas Karimi). It can be forgiven that the original premise, that of a misogynistic sultan murdering a series of new wives after he has executed his first wife for infidelity, has been re-imagined as politically paranoid citizens imprisoned for listening to stories. Scheherazade’s mother says, “A story is there to illuminate the truth. A lie is there to hide it…” highlighting the dissatisfaction of life under this particular sultan.

The set, designed by Francis O’Connor, is a constant surprise, morphing from market place, through riad-like banner décor, to the very mobile palace doors and ultimate story bed (no spoilers). It lends the production a dream-like and ethereal dimension which melds beautifully with the Lyceum’s internal décor.

The inclusion of puppetry, shadow play and Python-esque humour laces together many aspects of storytelling across the centuries – a nice touch. This is delivered with entertaining precision by the energetic and versatile cast; the show was unexpectedly stolen by the pair of musical judgy goats.

With plenty of kid-friendly fart jokes, fast-paced songs and cross-dressing (both male and female) glittery campness, The Arabian Nights is a delightful and magical festive show. Another Lyceum Christmas winner.