Aberdeen Performing Arts’ production, while visually impressive, fails to explore the religion and redemption of the original text.

Robert Jenkins’ The Cone Gatherers is considered one of Scotland’s classic pieces of literature. Examining issues of Nazism, elitism and disability, Jenkins’ wartime novel explores the effects of conflict on society and how in a time of great hostility class structures remained as stringent as ever. Marking the centenary of the birth of Jenkins, acclaimed Scottish writer Peter Arnott adapts his work for the stage. Sadly however, it doesn’t quite hit the mark.

Likened to Steinbeck’s Of Mice and Men, The Cone Gatherers follows two brothers who are sent to work on a country estate, where they find themselves the outsiders due to their social standing, and Calum’s (Ben Winger) physical and mental disability. As their time in the forest becomes increasingly problematic, it appears that the elite will go to extremes to rid their grounds of these men.

Designer Hayden Griffin’s vast and looming set captures the illusion of the dangers that lurk in the darkness of the forest, and with the use of projection, Griffin is able to explore issues of confinement and claustrophobia. While visually impressive, the aesthetic takes away from Jenkins’ original story, as grand images and expressive movements replace the muted torment explored in the novel. Shifting the focus away from the Christ-like Calum and onto Duror (Tom McGovern) sees director Kenny Ireland explore the issues of social class more than religion and redemption. There is no question that Duror’s character stands for something greater than himself, but as images of Adolf Hitler flash across the stage, we’re left with overproduced, poorly integrated metaphors. Jenkins’ tale informs us of much; from the loneliness of mental illness to the threat of invasion, he unravels the total effect war has on every social class. But Ireland’s diversion towards a new protagonist takes the piece in an odd direction, possibly to emphasise socio-political prejudice in an age of neoliberal malaise. Chiefly, it is this idea that’s under the spotlight, leaving the production frustratingly short and bland. 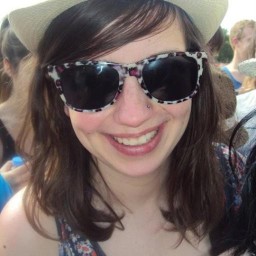