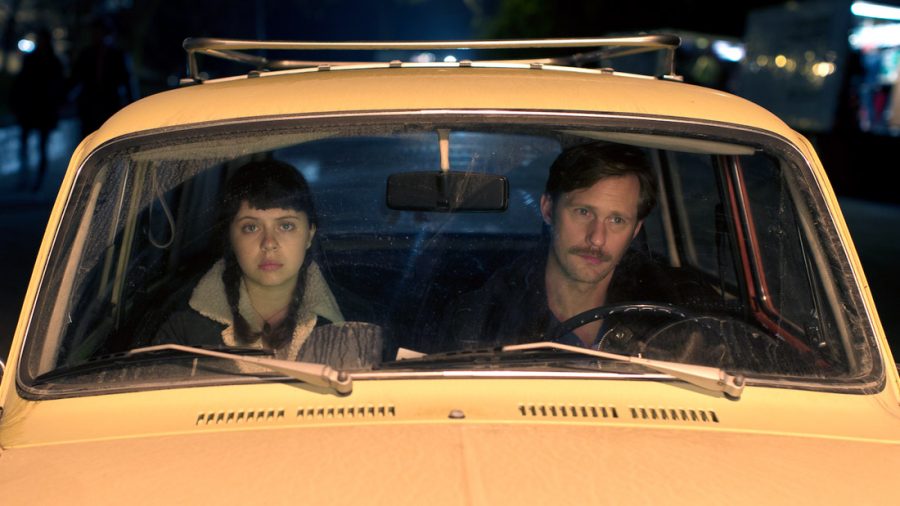 The Diary of a Teenage Girl

[rating:4/5] Tackles the taboo topic of underage love and sex in an uplifting and funny way, without ever making it sleazy.

‘I had sex today. Holy Shit.’ The opening line from The Diary of a Teenage Girl perfectly captures our impending 102 minute journey with main character Minnie, played by rising star Bel Powley. Set in 1976  San Francisco, the film portrays Minnie’s affair with her wild mother’s boyfriend, Monroe (True Blood’s Alexander Skarsgård), writer-director Marielle Heller producing a visually dazzling film that is both as humorously awkward and heartbreaking as teen love can be.

Cropped camera shots help to ensnare the emotions and chemistry of Minnie and Monroe, mixed with panoramic long shots that seize the mood of each scene. Casting is excellent, with newcomer Powley stealing the spotlight. Her delivery, body language and expressions are entirely believable and draw viewers into Minnie’s story. Her heart-aching loneliness and elation at being in love with a 35-year-old take us through all the emotional highs and lows, and the character’s hand-drawn cartoons are brought to life throughout the film, adding a fun and slightly odd twist visually. Meanwhile, comedian Kristen Wiig plays Minnie’s unpredictable mother, who is more and more of a liability as the film goes on with her growing suspicions about Minnie and Monroe, and Christopher Meloni (Law and Order: SVU) takes a supporting role as Minnie’s wacky and emotionally damaging former step-father, who also happens to be one of the funniest characters in his absurdity.

The screenplay is exceptional, filling the film with rich dialogue that could come straight from a teenage girl’s bedroom walls, but without diluting the plot. All of the elements – cohesive casting, dramatic camera angles, sharp dialogue and excellent acting – meld together, giving viewers that feeling of being a teenage girl in love and wanting to be wanted. There might be nudity and dirty cartoons, but Heller tackles the taboo topic of underage love and sex in an uplifting and funny way, without ever making it sleazy.