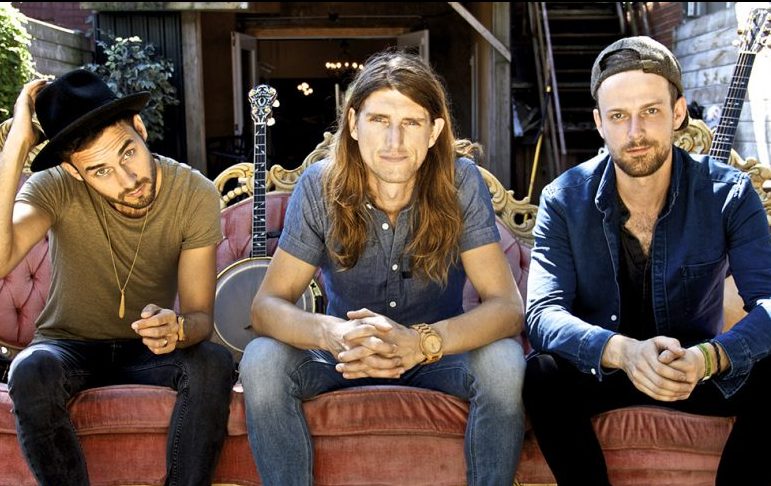 There is always an expectation with folk music that it must live up to its tradition but also forge its own path, imbued somehow with a sense of the modern. Tonight, the audience gets to experience just that – a modern take, full of youthful exuberance, on traditional music.

The supporting act, Scottish duo Josiah & Ludwig, open the night with an inventive set. The pair of musicians, who, impressively, only met six months ago, show a lot of skills in their respective crafts – the fiddle and the guitar. A highlight of their set is the song Tunobbler, which brings a touch of modernity to a traditional concept in folk music. This sets the tone perfectly for the rest of the night.

The East Pointers are an award-winning band from Prince Edward Island in the Maritimes region of Canada. Tonight at the Tolbooth marks the fourth stop on their UK tour.

They perform an effervescent set of traditional folk music with a contemporary twist, not only in their style but also in integrating inspiration from different genres and backgrounds. The evening includes self-penned songs from their first album Secret Victory, as well as well-known covers, and a touching song written by one of their songwriter friends before he passed away.

Their sound is unquestionably Canadian, and yet so reminiscent of Scottish and especially Irish culture. Their first album has just won the Traditional Roots Album of the Year at the Canadian Juno after all…

It’s a highly enjoyable, dynamic, and engaging set that marries perfectly the Maritimes culture of folk music (which includes jaw harp, gigues and banjo) with traditional Celtic music, including the fiddle. The best part of their set is the energy they exude. Members of the audience can tell how proud they are of their heritage, and how passionate they are about their craft, instruments, music, and band.

The set is punctuated by personal stories and little in-jokes, which draw the audience in, as if invited into their living room, a tradition of maritime folk music and family gatherings. Two of the members are cousins after all, and you can tell the band has known each other for a while, their affinity being clear and contagious with everyone in the audience.