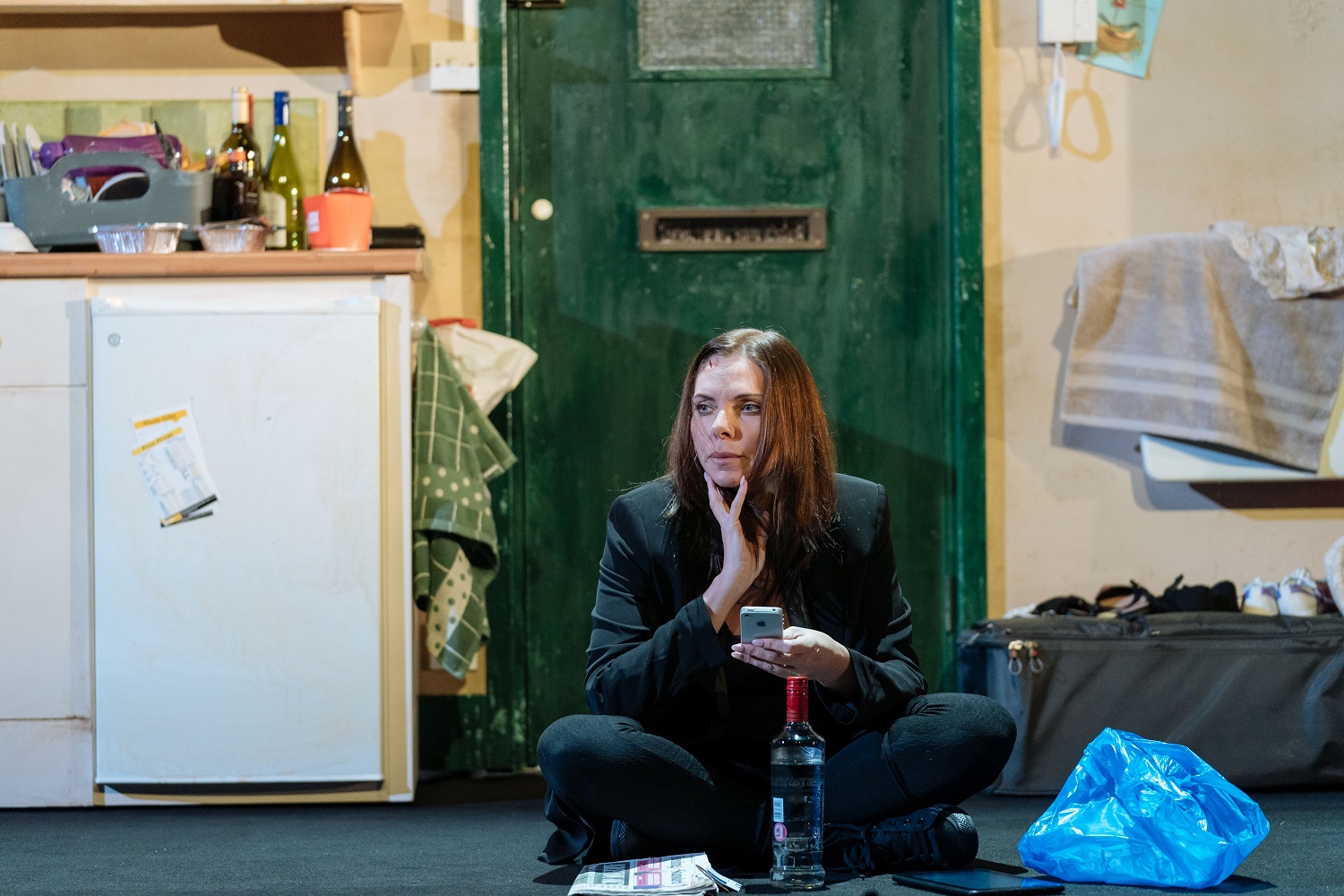 The Girl on the Train

Adapting a novel, especially one steeped in cultural acclaim and already reworked as a film, is not an easy task. The Girl on the Train at Edinburgh’s King’s Theatre, however, sheds the skin of other versions and emerges explosively, in a slick, perfectly paced and vividly staged performance.

From a production design perspective, this is an accomplished piece of theatre, filled with effective and striking visuals. Impressive levels of realism are created through the wealth of props and the well-set scenery, offering the audience a world full of visual hints and clues to the characters’ lives. From the protagonist Rachel’s ramshackle, bottle-strewn apartment to Megan’s tasteful but troubling art, the sets are engrossing and add to the mystery and intrigue of the story. The productionsuccess continues with the superb special effects and technical staging employed, as the use of screens helps to create the sense of a moving train. The brief but effective use of sound – whether it be dripping water, a passing train or a dog barking – also conjures an edgy and tense atmosphere that blends perfectly with the acting.

The complexity of the characters and their relationships with one another is mirrored in the use of costume and lighting. In Rachel’s case, we see how the fantasy and illusions she creates in her head contrasts with the deep, gritty reality she tries to ignore – further exposing the twisted nature of the story’s characters.

The story is one that dips between characters and times but never once becomes confused. It is sleek and impeccably timed, keeping up the intrigue but moving quickly. No scene seems to drag or stumble and the run time of the play, although relatively short, is effective. Once again, the clever staging plays a key role, as the characters’ stories are weaved together with Megan appearing sporadically on stage to deliver her story in snippets. Moments from the past are also performed in the background, giving more dimension and movement to the dialogue-heavy show. Brief moments of stylised movement and slow motion also bring a sense of theatricality and emotion to the stage.

Filling the impressive space is a fantastic cast, with Samantha Womack especially excelling as the deeply troubled yet sympathetic Rachel. From her small movements – stumbling over a carpet or struggling to put a lid on a pen – to slight slurs and nonsensical statements, Womack perfectly embodies the unstable, alcoholic Rachel, making her at once believable and understandable. Kirsty Oswald as Megan – Rachel’s counterpart – portrays the challenging character with great poignancy and emotion. John Dougall as Detective Gaskill is also hugely enjoyable to watch, his morbid humour often lifting the mood and proving that the show is more than a murder-mystery; rather, it is fully realised performance weaved with dark comedy.

There is a moment of unsatisfying melodrama during the climax of the final act where the the constantly increasing tension is quickly defused, leaving the reveal feeling slightly rushed. However, this flaw can be found in other adaptations of the novel, so writers Rachel Wagstaff & Duncan Abel are not the first the stumble at the final hurdle. Furthermore, this sense of hurrying is assuaged as the final scene helps relieve some of the over-the-top drama and brings the play to a thoughtful and deep conclusion. This alternative ending is far more fitting to the complex themes and difficult characters who have been fantastically portrayed throughout.

The Girl on the Train may already be a well established story, yet this adaptation proves to be gripping, stylish and an ultimately unique portrayal of the mystery.