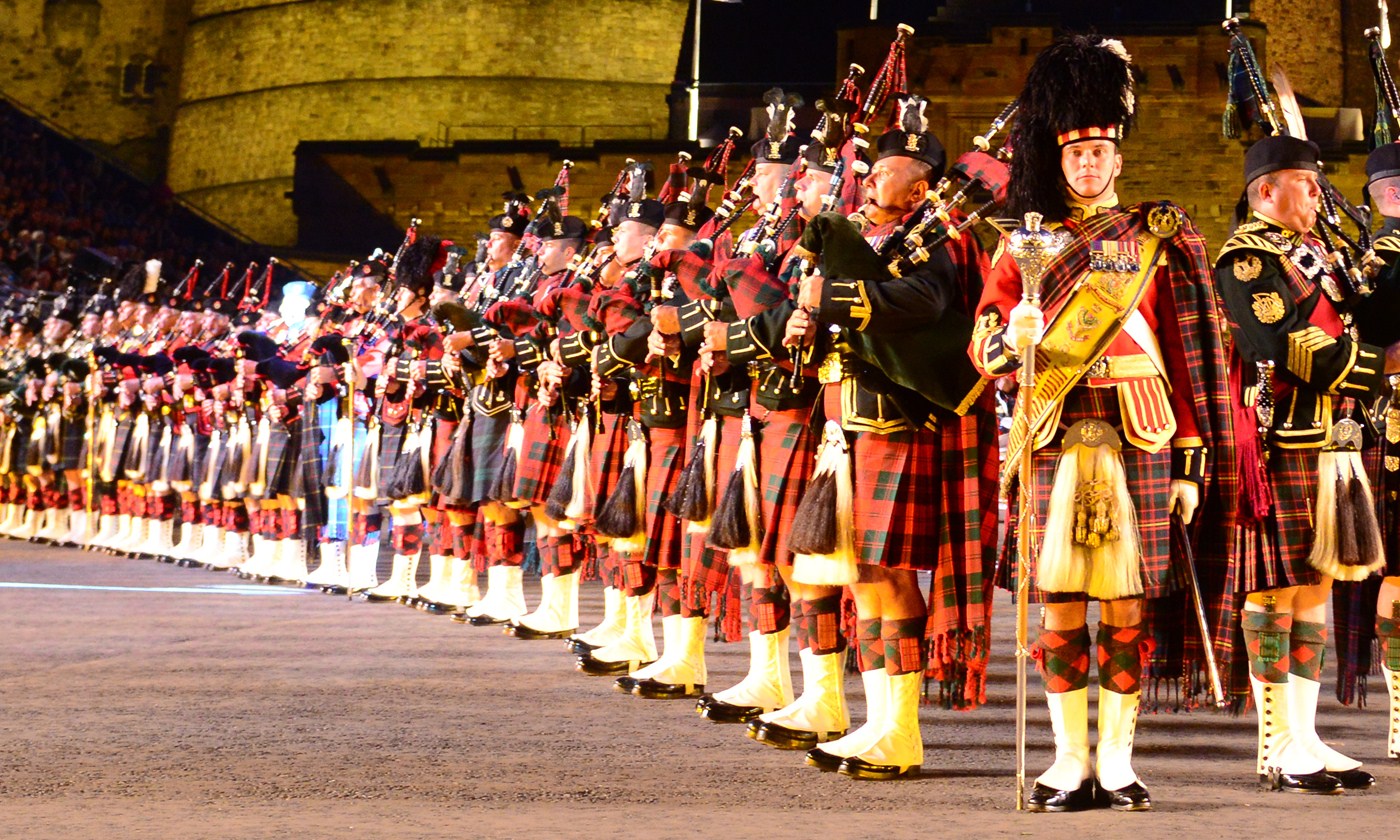 Generations of Scots have experienced the Edinburgh military tattoo at least once. For many, it evokes memories of freezing your socks off at the top of a windy grandstand and lots and lots of pipes and drums. The Scottish weather doesn’t really change, but the tattoo…. 68 years old this year, it just gets better and better.

This year’s theme of “The Sky’s the Limit” pays a special tribute to the Royal Air Force in its centenary year and images of the service over the years are cleverly superimposed against the castle walls. The 2018 show has all the usual ingredients: the massed pipe and drums create a spectacular effect, snaking their way up and down the castle esplanade, while the skirl of 235 bagpipes stirs the hardest of hearts. The Highland dancers are here with their sword dances, giant leaps and pas de basques and there is a local school choir, this year joined by a sister school from Malawi.

However, there is also much that is new, and the varied programme continues to showcase some fantastic acts from all corners of the earth. To mark the centenary of Czech independence, the Czech armed forces band provides musical accompaniment to a troupe of dancers dressed in traditional costumes, a palette of primary colours. The Sultan of Oman has sent a group of his cavalry, complete with Arab thoroughbreds who are kept in time by the all-female Omani marching band (hurrah for girl power).  Further colour and significant joie de vivre comes from Mexico. The sight of whooping Aztec warriors running full pelt out of the smoke-filled entrance to the castle in immense feather-covered head-dresses is slightly terrifying, and they are then followed by a Mariachi marching band and dancers – one cannot help but smile at the feel-good atmosphere they create.

The running order of the show is well-planned, with bands and dancing interspersed with less musical items such as the “top secret” drum corps from Basel and the US air force honour guard drill team. As the show draws to its close, there is a moment of poignancy and magic, the lights dim and the lone piper on the castle battlements plays the moving Flodden lament, Flowers of the Forest.

A stirring finale of Scotland the Brave and some fireworks complete the evening, as the cast of over a thousand leave the arena before the pipe bands finally march out down the Royal Mile to the traditional and unforgettable tune of The Black Bear.

Now in its 20th consecutive sell-out year, it’s a testament to the sheer brilliance of the direction and performances in the tattoo that the 8,000-seater stadium is filled night after night.  Yes, it’s not the cheapest option over festival time, but it’s worth every penny. A nod to the wise, book your ticket for 2019 early!