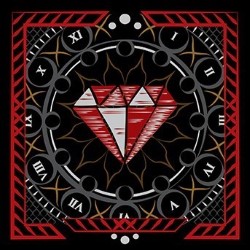 The Ruby in the Smoke

A dashing tale of intrigue, adventure and secrets, effectively adapted.

It comes as something of a surprise that Philip Pullman‘s popular series of modern day Penny Dreadfuls were originally written as a play – for a school production, back when Pullman earned his crust through teaching. Now, with the author’s blessing, Reprint Productions have completed the circle and put Sally Lockhart back on the stage, more than 30 years after the book was published.

Generally, it’s a successful romp; energetic, playful and often funny. The plot is almost entirely intact from the novel and the few cuts that have been made serve to streamline the action, rather than bog things down with detail. Several scenes take on a rather different tone – a street brawl, genuinely terrifying in the novel, is here played for comedy, with slowed down action and elaborately thrown punches and grimaces. It’s very much in the high spirit of the original Victorian stories, but is missing the darker undertone of Pullman’s prose.

The set, though inventive, tries to do too much. A movable structure of dingy Victorian tenements, lit from within, makes for a series of inventive allusions to hidden doors and concealed secrets, with latticed windows revealed for when the action moves to India. But the lack of a further backdrop lets it down, and there’s not enough differentiation between scenes.

The actors play multiple parts which is no bad thing, or indicative of a lack of talent – indeed Tris Hobson, who has the most characters under his hat, is the pick of the crop, bringing something original to each. But the amount of plot that needs to be hurtled through and the fast paced action do see them flinging themselves all over the stage with too much haste. It slows down a little in the final act, and is the more moving for it, as Sally says a final goodbye to her childhood. A few more quiet moments, and the show will really shine.