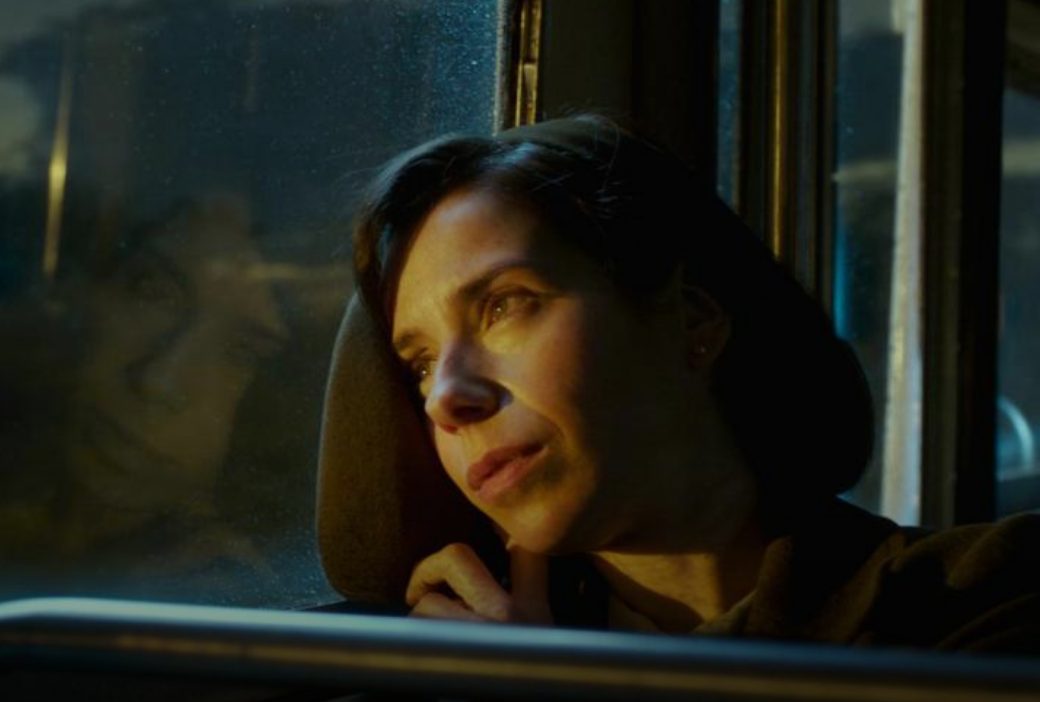 The Shape of Water

An exquisite feat of artistic design with a love story guaranteed to enrapture.

To call The Shape of Water Guillermo del Toro’s magnum opus may sound pretentious. To then say that any attempt to offer a synopsis will not do the film justice, again, may sound conceited. Yet, in true del Toro style, the film is a bizarre blend of genres – a romance, fantasy and spy thriller all rolled into one – that enraptures film-goers from start to finish.

The Shape of Water encompasses everything that has made del Toro’s previous works a success. There is the twisted fairy-tale element in Sally Hawkins’ mute Elisa, a wide-eyed woman who falls in love with a mysterious sea creature imprisoned in the facility she cleans. For those who thought the Captain’s Glasgow smile in Pan’s Labyrinth was bad, boy, you are in for a treat. Despite being a love story, del Toro indulges in his own affinity for bloody gore in scenes that show off his unique imagination. Last but certainly not least, Doug Jones’s “amphibian man/the asset” is a creation that mesmerises audience members the same way it does Elisa. Sequestered from a river in Latin America, he/it is a magnificent feat of creation that deserves its deified status.

Del Toro’s artistic excellence permeates ever corner of The Shape of Water’s world. The cinematography and design are exquisite, every single element a marvel to take in. Whilst set in the midst of US-Soviet tensions in 1960s America, there is a decadent appreciation for the past – from Elisa’s dilapidated apartment above an old cinema to the shows that Elisa and Giles (Richard Jenkins) watch on TV. Del Toro does not sugar-coat the era, however, with blunt episodes of racism reminding us that not every aspect of this story is like a fairy tale. The colour scheme of the film, characterised primarily by rich sea greens and teal, immediately envelops you into del Toro’s water-world. Then, of course, in true del Toro style, what colour contrasts green better than red – the colour of love, passion and blood.

The richness of the colours that make up this film make it a dazzling spectacle to behold. It is therefore only right that players of equal merit fill the costumes and sets. Every leading figure has their time to shine and does so effortlessly. Even without a voice Hawkins is captivating, her genuine innocence and affection for the creature expressed in her face and impassioned sign language. Octavia Spencer and Jenkins, Elisa’s only confidants, offer many of the laughs throughout the film, whilst still finding depth within their characters. Then there is Michael Shannon, the violent and repulsive Colonel Richard Strickland, whose vile presence besmirches every scene he enters. Despite the obvious line drawn between good and evil throughout the film, the threat he poses to Elisa and “the asset” triggers genuine fear in those watching, culminating in a gut-wrenching finale.

As the film comes to an end, there are some questions left unanswered by Del Toro. However, rather than offering gaping plot holes for us to hook onto, he gives his viewers the chance to make their own mark in this fanciful world he has created.

The Shape of Water is a project that been carefully crafted by del Toro since its original conception in 2011. The end result is truly perfection.