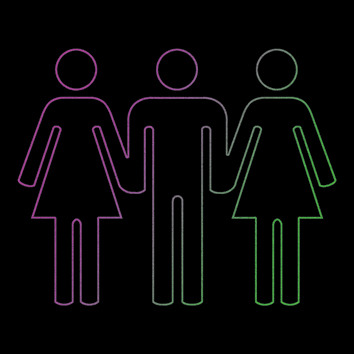 [Rating:3/5] An entertaining adventure with enticing, well acted characters and plot, however it feels flat at the end leaving audiences not quite satisfied.

The acting is good with a well picked cast seeing Willoughby as the stand out playing a fumbling guy waiting for both women to decide if they get on, snorting lines of coke and hamming up his lines. You can tell he really enjoys the part he is playing helped along by the script to deliver an earnest  performance which can be hard to compete with, even as Pearson plays a saucy 3rd wheel to the couple encouraging them to talk dirty and get crazy. The set as well as props are simple and perfect for assisting the actors rather than distracting the audience unnecessarily. Dynamics between the actors is tense, believable and just sexy enough thanks in part to a great script.