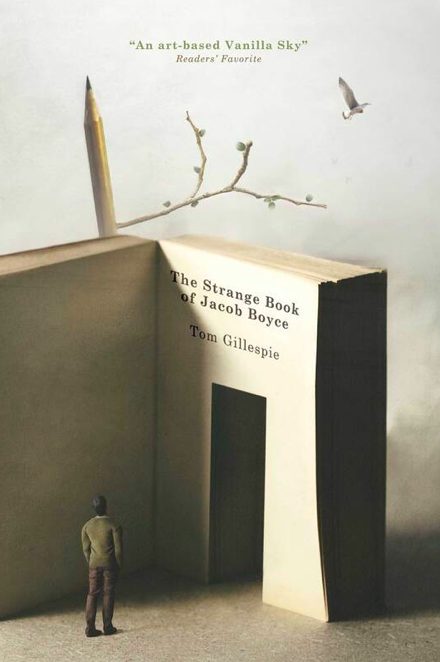 Confusing and bewildering novel is certainly strange, but not for the right reasons

Renowned for its complexity and obsession with truth and deception, Spanish Baroque art is fascinating to behold. To have it at the heart of a novel enshrouded in mystery should, in theory, make for an intriguing story. Unfortunately, Tom Gillespie’s The Strange Book of Jacob Boyce sabotages itself through its attempts to mirror the brilliance of its inspiration, leaving the reader bewildered by the novel’s convoluted narrative.

Gillespie’s protagonist, the titular Jacob Boyce, is an Earth Sciences lecturer with an obsessive interest in an anonymous painting at a Glasgow art gallery. Determined to prove the painting’s artist was once a protégé of Baroque artist Diego Velázquez, Jacob finds himself travelling to Spain to uncover the truth while simultaneously searching for his missing wife, Ella. On his travels, Jacob meets a number of eccentric Spanish characters and becomes embroiled in a conspiracy concerning the forgery of Spain’s greatest artworks.

It is not clear when the novel is set: the use of Spanish pesetas and smoking in Glasgow pubs both suggest that it’s no later than the early 2000s, though it could equally be anytime between then and the Spanish transition. Time is far from linear in the novel, and Gillespie makes little effort to enlighten his readers as to how the events depicted play out within the greater narrative. The confusion that arises from this is compounded by the multiple plot lines that are entangled with Jacob’s search for answers about his wife and the mysterious painting. This wouldn’t be as big an issue if it wasn’t for the fact that most of these layers are either unbelievable or left unfinished. Even Jacob’s reasons for wanting to discover the origins of the Baroque painting are tenuous and unexplained.

Another frustrating aspect of The Strange Book of Jacob Boyce is Gillespie’s use of Spanish throughout the narrative. Though it may have been an attempt to add authenticity to the work, the Spanish used is clearly a literal translation from English and littered with mistakes such as missing accents rendering it meaningless. While this won’t be noticed by readers who don’t speak Spanish, it will be painfully obvious to those who do. Even the Baroque artist Diego Velázquez – a key figure within the narrative – is a victim of clumsy misspellings. It’s strange that Gillespie chooses to switch to Spanish so often when knowledge of the language clearly isn’t there. It doesn’t help that the character often says that his Spanish is ‘good’. Even regardless of the mistakes, the infusion within the narrative adds very little to the reading experience as chunks of dialogue without a translation are lost on English readers.

This ill-thought-out element reflects the greater issue within this novel. Though you can acknowledge Gillespie’s ambition in writing The Strange Book of Jacob Boyce, and his endeavour to bring so many complex elements together, the execution of these elements just isn’t there. Even upon rereading the novel, in an attempt to search for clues hinting at the novel’s final plot twist, the foundations are non-existent. In short, the ending makes no sense.

There are no hidden treasures to be relished by those with a sharp eye like Jacob; rather, there are multiple loose ends and nonsensical moments that leave the reader feeling exasperated. The Strange Book of Jacob Boyce is indeed a strange novel, just not for the right reasons.