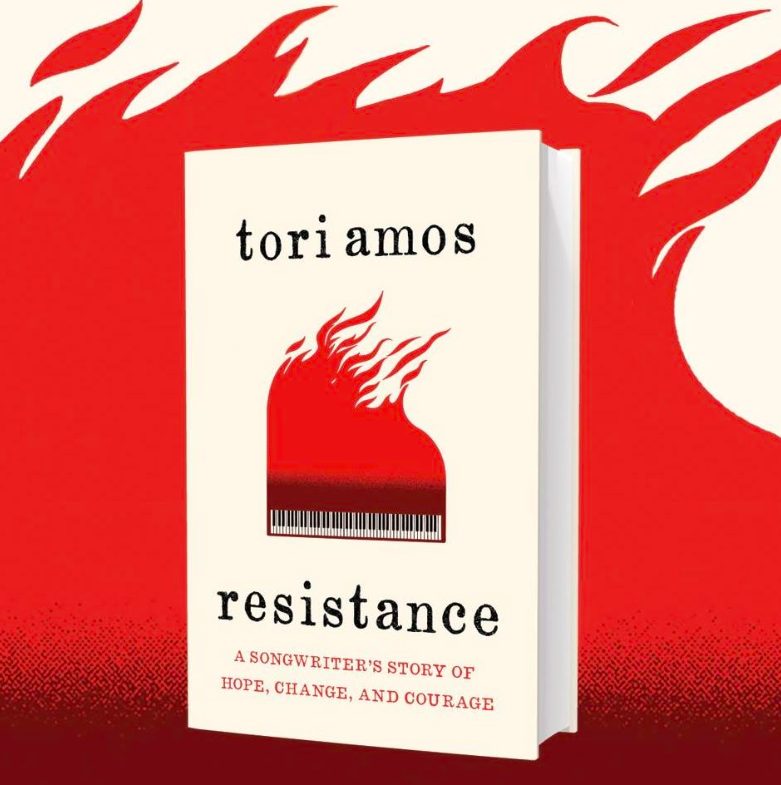 Known for her politically-charged songs, singer-songwriter Tori Amos now delivers, Resistance: A Songwriter’s Story of Hope, Change, and Courage. The book is part memoir, part commentary on American politics (past and present), and part manual on her creative process, with a central focus on, as the title suggests, willpower, determination, and force.

It is the second autobiography-of-sorts from Amos — the first being 2005’s Piece by Piece, co-written with music journalist Ann Powers. However, in Resistance, Amos writes alone and her voice is clear. Much like the vast scope of her music catalogue, the book encompasses many facets of the singer’s life and shifts between time-periods, avoiding a simple chronological retelling of biographical facts. Amos would never be so predictable or dull. Instead, vivid memories of her youth playing in Washington D.C. bars are intertwined with seering perspectives on the current Trump administration.The reader is then taken to a visceral recollection of 9/11 when Amos was in New York City, preparing for a promotional tour of Strange Little Girls — her album at the time. This is followed by her subsequent observations travelling through the USA and how they informed her creation of critically-lauded 2002 album, Scarlet’s Walk.  The book unfurls in this fashion, manoeuvering between other areas of her life and career: corporate interference in the creative process, harrowing experiences told to her by fans on the road, and the recent death of her mother—a topic that consumes a weighty conclusion to the book.

Rather than being divided into chapters, though, Resistance is divided by song. Thirty of Amos’s works are sown throughout the book with the lyrics printed either in response to a section or as an introduction to a new subject. This will, of course, appeal particularly to Tori Amos fans as the reader learns the genesis behind some of the songs. However, even then, Amos’s lyrics, while fascinating and striking, can be fairly impenetrable and difficult to fully come to terms with. Similarly, her language throughout the book can be intensely esoteric and some challenging sections on abstract notions of songwriting and creative inspiration demand re-reads to comprehend.

Ultimately, Resistance is a call to arms, particularly for artists and creatives. It chronicles a story of pushback and how the ability to ‘out-create’ oppression is a tool for survival; perhaps even an obligation. There’s a definite target readership here, but even for non-fans of the artist, there is much to admire in her longevity, her musicianship, and her inspiring philosophy of refusal to accept dangerous patriarchal forces.