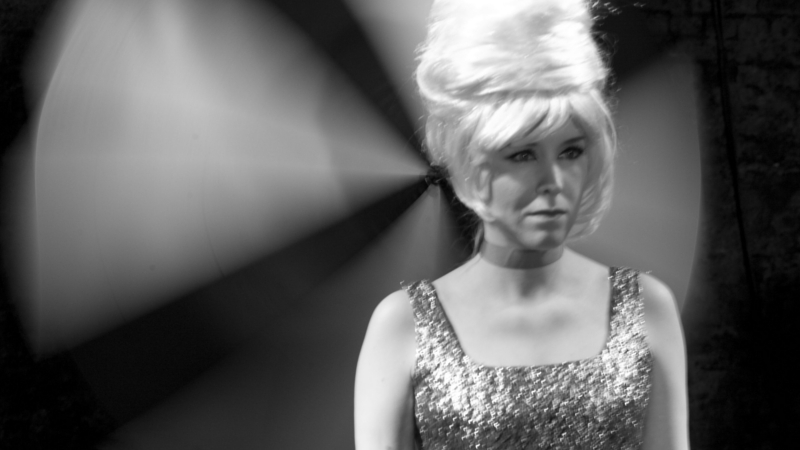 Two Weirds is Too Weird: The Jackal Films of Alice Lowe & Jacqueline Wright

A selection of surreal, comedic and weird shorts at Glasgow Short Film Festival.

Matchbox Cineclub are no strangers to “weird” cinema. They run their own festival called Weird Weekend and host film festivals such as Cage-a-rama (a Nicolas Cage film festival) and Keanucon (a Keanu Reeves film festival). This evening they are presenting a selection of twelve films at the Glasgow Short Film Festival 2019 that are the result of a collaboration between actor Alice Lowe and director Jacqueline Wright. The pair created the independent films under the banner Jackal Films as a response to the restrictions that female filmmakers face. The screening is preceded with a recorded video introduction from Wright, who mentions that the films were made after their pilot for a TV series was rejected by BBC Three.

Junglophilia is the first film in the screening and presents a Toyah Willcox parody, where an 80’s pop star called Val Hallah performs at Womad and appropriates African music and culture with a total lack of self-awareness. Music is one strand which links many of the films together; Roots follows two folk singers who have an unhealthy obsession with vegetables and Love Song ends with a clichéd 90’s R&B song. Earth Birth, on the other hand, lampoons Kate Bush with a music video that has over-the-top amateur dramatics and an excessively earnest message. Characters in these shorts all seem to take themselves far too seriously, with hilarious results. The comedy and laughs are continuous and it seems BBC Three definitely missed out by not commissioning a series.

The weird films continue with Making It with Pam, which parodies a Blue Peter arts and craft segment. Household objects and used bottles are used to create phallic objects and the television presenter seems to be unaware of what they represent. Birdhandler, A Dead Cat, Celeberama! and My Old Baby present further ridiculous situations where the strange world that Lowe and Wright have created feels bizarre, surreal and totally unpredictable. PEBBLES concludes the screening and is an animation that feels like a cross between Samuel Beckett and David Shrigley. Two pebbles are waiting for something to happen until they find themselves separated in an extravagant and random fashion. The title of tonight’s screening comes from a quote from Lowe: “Being a woman is weird, and you’re allowed one weird. Being surreal is two weirds, and you’re not allowed two weirds… two weirds is too weird.” The selection of  films are definitely weird and thoroughly enjoyable when watched on the big screen.