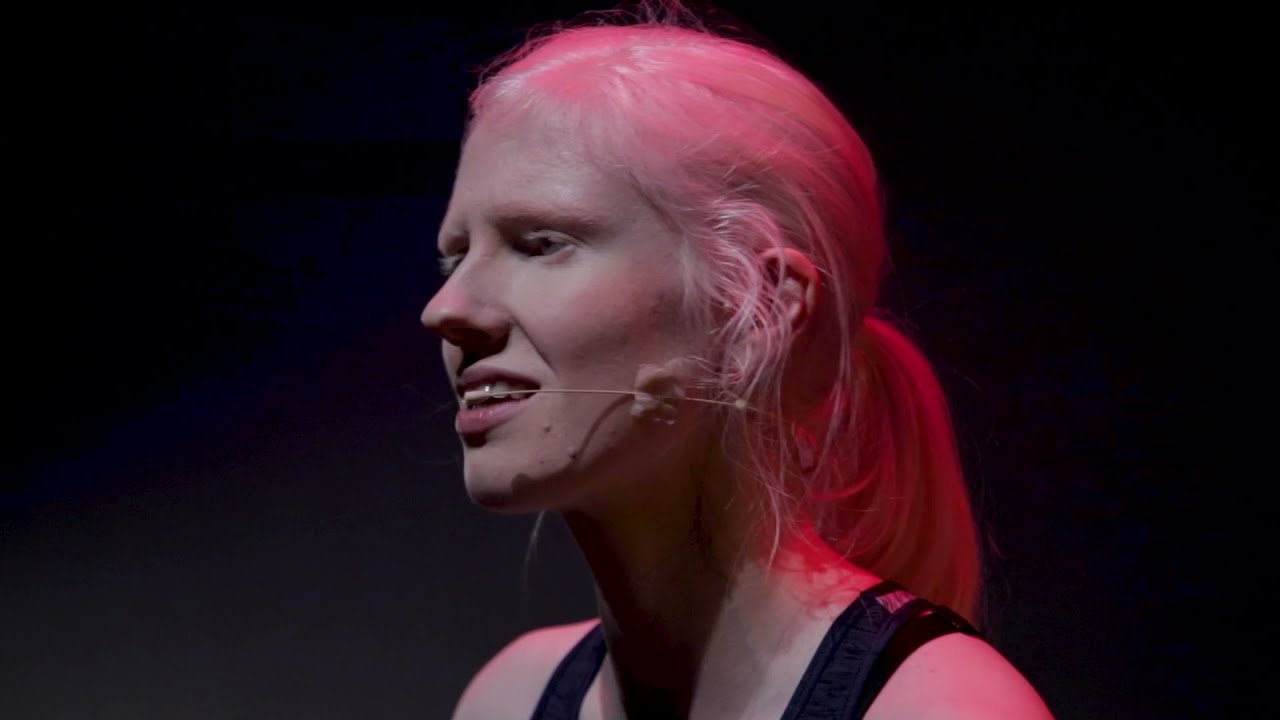 Elegiac lament for a world that doesn't discriminate

Within Sight is a one woman show, filmed and hosted online by Summerhall. Ostensibly, it documents runner Ellen Renton‘s quest to get chosen for the GB Paralympic team. Renton uses the sequence of events in and around that to reflect on society’s clumsy attempts to understand her condition, albinism. As she notes, you’ll likely have preconceptions about it, based in no small part on the depiction of the condition through characters (usually sinister ones) in film. Furthermore, her story evolves into a rallying cry against ableism. But first and foremost, this is a wonderful piece of theatre.

Three things are particularly striking about this production. The script is a beautiful exercise in precision and restraint. It’s written in verse, reminiscent of Kae Tempest. Renton’s use of language is needle-sharp, evocative and disdainfully acerbic. “In every room”, she says, “I must declare myself human”.

The subject matter is fascinating, both as a study of the aftermath when someone’s purpose is removed in one fell swoop and as a study of society’s consistent inability to understand difference. Renton has a clinical detachment when she describes the various manifestations of her albinism (including impaired vision, hence the show’s title) that’s as admirable as it’s disconcerting. But she treads an artful line between prodding at our clumsiness, documenting its effects and (rightly) demanding that we ‘able-ists’ do better.

And Renton’s performance is wonderful. The detachment serves her well. But when she gets angry, she’s majestic. Music by Jack Hinks underscores her emotion as does an elegant lighting design (Bibi Jane Schwithal). The staging of the show is fairly simple and you may feel that the videography becomes a bit repetitive. But arguably, the sparse presentation allows a full focus on the words – rightly so.

Within Sight, like so many other things, fell victim to the pandemic last spring. Renton was on the verge of embarking on a tour with her solo show when Covid-19 interrupted her plans. The filmed version is a pretty good substitute though we hope she’ll find a live audience before too long.