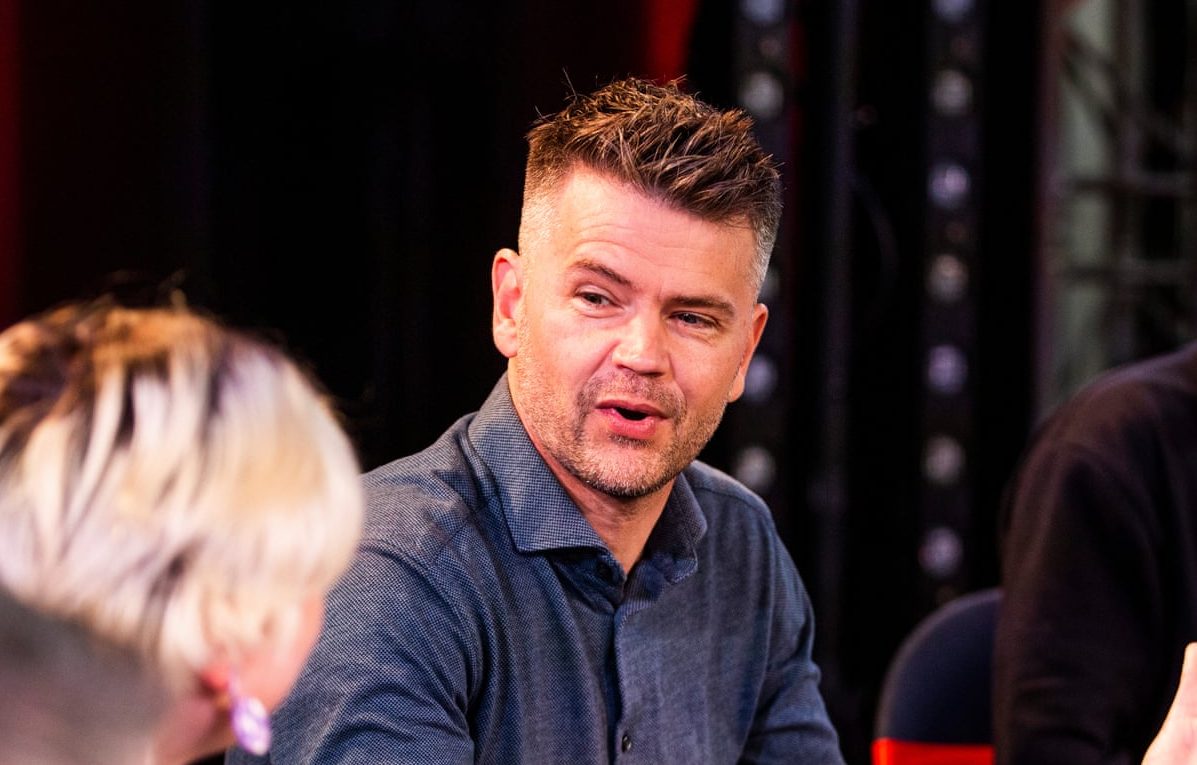 A hilarious masterclass in improvisation and quick wit

Comedian Trevor Lock‘s new show isn’t a standup routine. It’s not a play. It’s not a sketch show. The best descriptor would be improv, but even at that this isn’t a typical series of games and adlibbed skits. Community Circle is a performance experiment pretending to be an experiment about something else.

As the audience enter, several people sit in a semi-circle on stage alongside Lock. They aren’t actors or plants, though, just fellow ticket-holders who’ve been invited to sit up there, only playing a slightly more key part in the show than the rest of the crowd. It’s one of many little techniques to help create the titular community in the outdoor Summerhall venue. Early on, Lock asks us a question about the nature of reality, inviting audience responses. He then proceeds to tell us that this is the focus of the performance – a study of perception vs. reality, the individual vs. the collective.

It isn’t really, though. It’s a loose frame to hang the hour on. Instead of a scientific study or research panel, Community Circle is a masterclass in improvisation and quick wit. During this performance – and it’s highly likely that no two performances will follow the same structure at all – four members of the audience are asked to take notes, writing about their observations throughout the show. Lock also takes a roll call, reading a register of random names to see who will respond. At various points he also asks for quick votes on our opinions about fellow audience members and their ideas. This all might sound rather unremarkable, but the magic comes purely from Lock’s comedic responses (and a few confident participants who also, luckily, provide funny remarks). He’s like an exciting school visitor who manages to completely engage an assembly hall full of children who otherwise never listen to their teachers. His observations are wry and his demeanour commanding. Even a sarcastic or knowing facial expression rouses laughter.

The hour (or slightly longer if, like on this occasion, proceedings run over just a little) bubbles with quips, anticipation, and giddiness. Even if it’s difficult to pinpoint what actually happened once it’s over, the audience’s attention is utterly held throughout.