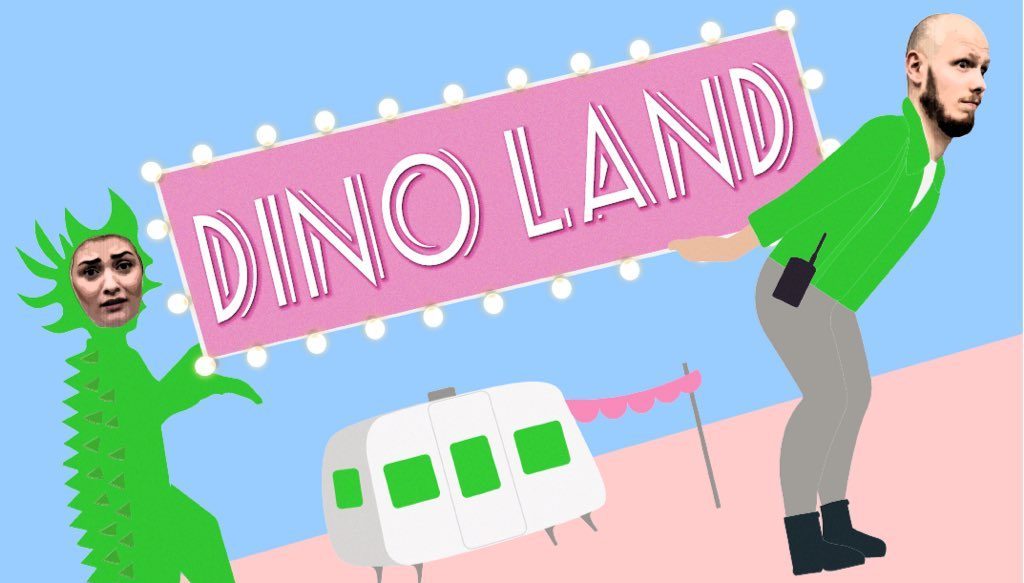 Dino Land, like many plays at the Fringe, is a down-to-earth two-hander comedy featuring a couple of talented actors (Bethany Fox and Oliver Burkill). The titular “land” is an English holiday resort where screaming kids are entertained by low-wage performers who dance, sing, and dress up in ridiculous costumes for them. Two of the park employees are Emma, an entertainer, and Dylan, a crew member, and the play follows their burgeoning romance.

The play has the feel of a UK sitcom: innuendo, crossed wires, some physical gags, British pop culture references, and a platonic relationship blossoming into something more. It’s fairly quick-paced and both actors pull off the big punchlines. They are equally charming in the softer moments, too, endearing the audience with their awkwardness and frustrations. Some of the opening scenes might feel a little simple or repetitive but as the characters become more developed, the story arc becomes more pronounced, giving us something to latch onto.

A few segments rely on off-stage audio but the sound quality isn’t great. It means some audience members laugh at muffled jokes while others miss the lines. Instead, the best laughs arise from the stars themselves. There’s not an awful lot of plot here – and that’s OK. It’s a low-key romance about two everyday people hoping for more from their lives, pushing one another to make changes. Despite the straightforward premise, it’s an easygoing and entertaining hour and the performers fulfil their roles with enthusiasm.