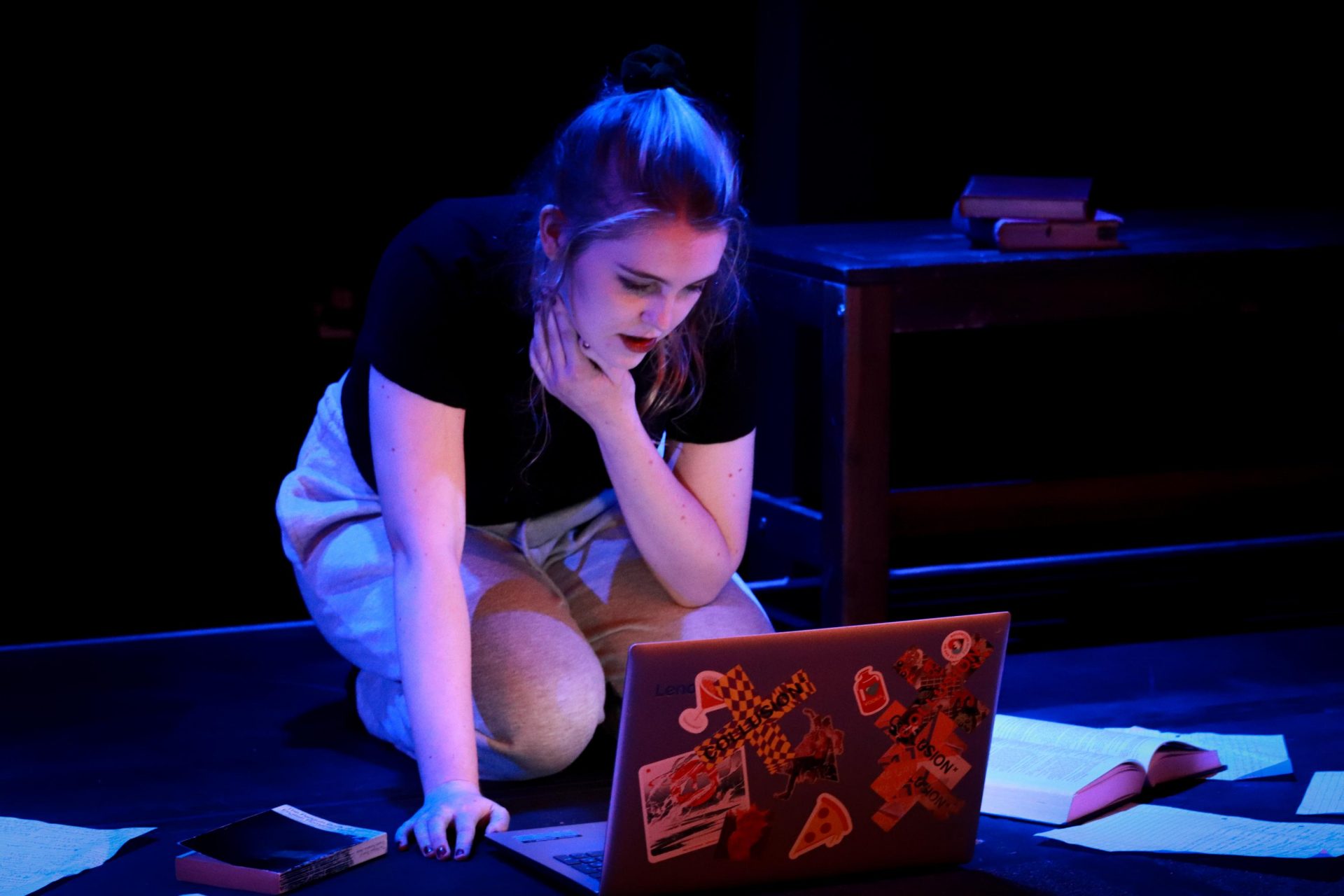 Intricate Rituals begins as a classic unrequited love story – in this case between a queer young woman and her straight best friend, Dee (note: the play is being performed by a dual cast so some performances feature a male lead). It then expands into a coming-of-age chronicle. Its protagonist is at university, naively trying to make connections, and comes across a Wicca group. What begins as a trivial hobby soon becomes a fixation; a coping mechanism to deal with difficult memories from her upbringing and a recent catastrophe in her life.

Tonight’s performer has fine timing and perfectly delivers the clever one-liners littered throughout the play along with various pop culture references – most of them from the 90s and most of them LGBTQ-related. As well as humour, though, there is emotional intensity which the lead also attacks effectively, although some lines are just a little clipped at the end.

The play is a clever construct. It’s odd opening image takes on deeper significance as the show progresses and the audio clips – the steps of a Wiccan spell that divide each “scene” – act as an appropriate framing device. There is also an upsetting twist in the narrative which makes for an engaging climax. Perhaps there is a little bit of an imbalance, though. The extremity of the protagonist’s distress outweighs the initial presentation of the central friendship which isn’t developed in so much detail.

Nevertheless, Intricate Rituals is a compelling short play (with a neat 45-minute run time) that engages and builds momentum to a powerful denouement.