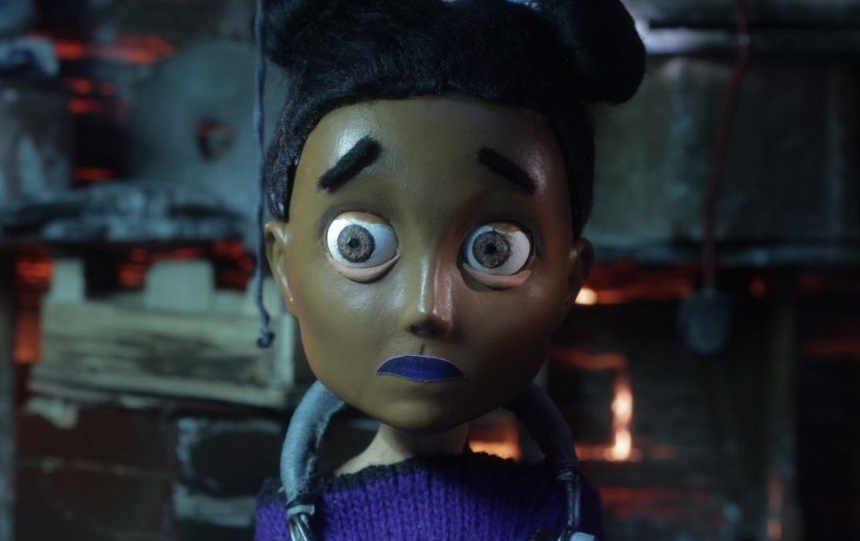 Women in Puppetry and Animation

The Manipulate Festival continues at the Traverse Theatre with a celebration of Women in Puppetry and Animated Film. Brought to Edinburgh by the Bristol Festival of Puppetry, this screening of nine short films showcases a variety of female talents on the puppet scene.

The afternoon kicks off with a strong start: Don’t Think Of A Pink Elephant directed by Suraya Raja tells a simple story of self development that really works within the short length of the film. Raja’s soft, plasticine world emphasises Layla’s anxieties around sharp objects, as her gory imaginings seem even more grotesque in the images of squashed, bleeding flesh.

Following this is Adam, in which Evelyn Ross makes a captivating use of clay to rewrite the Biblical tale of creation, replacing a male creator with a female one. Given that the theme revolves around the creativity of women, Ross’s point of female agency is a poignant one.

Belle and Bamber moves on to live action puppetry in a dark story about an imaginary friend gone wrong. Alex Forbes’ film is surprisingly tense for what initially seems like a light hearted tale of grown ups versus children. It explores some serious issues of mental health in children that could have been taken further, but the unsettling contrast of the cuddly looking puppet and his twisted power was very effective.

Old Man directed by Alicia Eisen is a beautiful stop motion about ageing and taking chances. One of the charming things about this is that you can recognise everyday materials, and so Eisen shows us how seemingly boring objects such as string and netting can become a creaky elderly man or a magical sea.

Some of the films, such as The Owl and the Lemming, Abend and Under the Same Sky rely more on the interesting visual affects of puppet stop motion or live action puppetry rather than a strong storyline. The shorts that really stand out, however, have both a strong but often simple premise coupled with great execution. One of these is Boris Noris from the Bristol School of Animation. This comic tale about jealously and greed gets the biggest response from the audience with its classic slapstick humour and brilliantly crafted characters.

The afternoon ends with the compelling environmental short live action puppetry film Now You See It. Rebecca Manley’s creative use of materials, such as straws to represent trees, gives an ironic critique of our destructive habits – particularly as straws are one of the most popular items of single use plastic.

Although not each and every one of these films will be a wild crowd pleaser, the diversity of stories and medium displays the range and promise of female talent, and makes for a good alternative afternoon out.