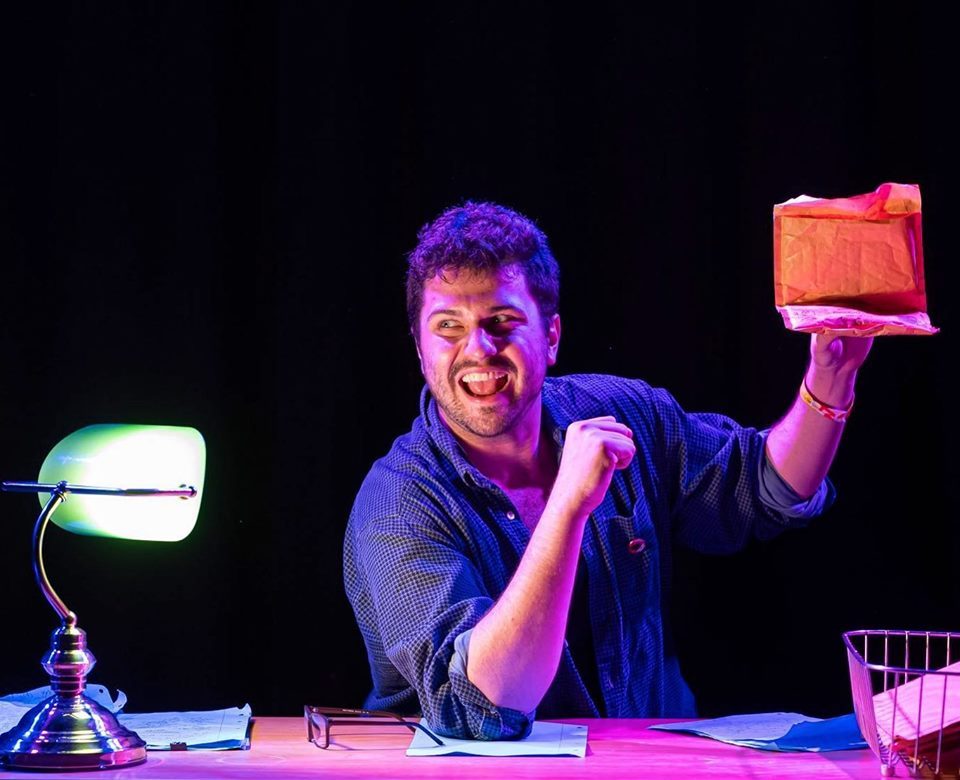 As the title suggests, Yours Sincerely is a play about letter-writing – exactly what protagonist Will is doing at a desk as the audience enters the Front Room venue at Assembly Rooms. As the character soon tells us, he has ‘accidentally’ stolen 300 second-class stamps, and now intends to put them to use by writing letters to family, friends, ex-crushes, and various shops.

Will Jackson (who also writes the play) is adept with the camp humour and frivolous punchlines and his asides to the audience are particularly effective in engaging us. Some sections work better than others, though. The letter-writing premise is a sweet concept, but the structure of the play feels a little scattergun, possibly with too many correspondents for Will to write to. A quick-fire post-it exchange with his new flatmate is a standout and the letter to his grandmother is touching, as are his messages to his ex-flatmate who has now moved in with her girlfriend. However, some of the fake letters the character sends (purporting to be one of Will’s shoe shop customers lavishing praise, or a kid writing to Cadbury’s) are fun but feel a little incongruous to the main narrative thrust. Focusing on Will’s central story – his search for purpose – would have been sufficient to hold us.

This isn’t to say the play is unsuccessful or disengaging. Many of the one-liners really tickle the audience and Jackson is an endearing and confident performer. The intermittent music breaks are enjoyable once or twice, but after several lip-synching sections, we start to feel it is unnecessary and it loses its appeal. Another whole scene is devoted to a letter to John Lewis (again, Will pretends to be a little boy) and while it is funny and imaginative, it distracts us from what we really want to hear. Jackson has made us care about Will and we are willing to indulge in his real story (a health scare subplot creates pathos but is only touched on a couple of times).

Yours Sincerely is light-hearted, upbeat and creatively performed. There is more to Will that the audience doesn’t really get to grips with, though, and although we laugh with him, we would welcome the chance to feel with him more.