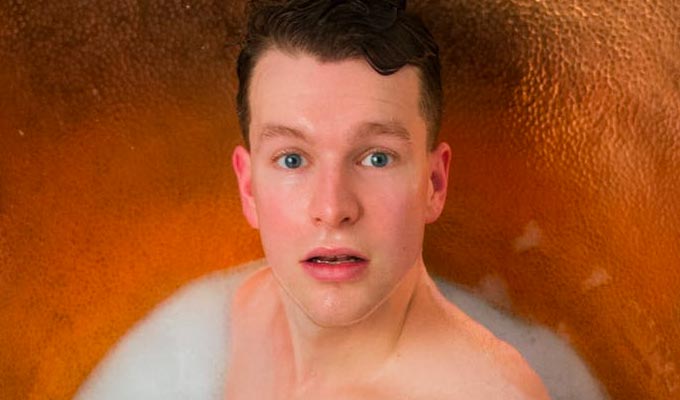 Zach Zimmerman subverts his Southern Baptist upbringing in this hour consisting of razor sharp, rapid-fire jokes beginning with his religious upbringing in rural Virginia and his sexual awakening as the school mascot giving flamboyant performances. Zimmerman then moves on to more risque subject matter, including making a plaster model of his penis to give to his boyfriend when he was performing on a cruise ship and getting his dad to leave family group chats. These sections are made all the more impressive by the sheer speed at which Zimmerman delivers his gags, which results in the show maintaining a consistently fast pace that never lets up.

These routines are cleverly interspersed with audio recordings of Zimmerman talking through his act with his disapproving mother, who wants him to perform ‘clean comedy’ – a notion that Zimmerman frequently mocks throughout the show. The comedian also mentions his atheism frequently, which pays off in a finale that is poignant, revealing how a tragic mass shooting resulting in the loss of a close friend recently forced him to turn towards atheism. He mentions this friend beforehand, in a mildly humorous bit about graduation speeches and brings his relationship with his mother back into focus via playing audio recording of their sobering phone conversation, so this sudden twist doesn’t come across as unexpected.

However, this is still a tonal shift that could have come across as jarring but instead is well handled by Zimmerman, who then returns to his X-rated material for a showstopping, truly fabulous finale involving the mascot suit as well as a call-back to the infamous plaster penis. It showcases Zimmerman as an engaging performer whose sheer energy and enthusiasm  result in Clean Comedy maintaining a consistently entertaining tone throughout its running time.