Showing @ Pleasance Courtyard One Night Only: In aid of the; Charlie Hartill Fund

This comedy bonanza, comprised of stand-up, scaven poets, guitar wielding comedic songsters and dark ventriloquists, turned up the heat in the Pleasance Courtyard.

Fosters Edinburgh Comedy Award nominee Greg Davies finished the evening off with a fast paced, oral sex gag filled performance that showed why he has been nominated for his debut show at the Fringe. The almost giant sized, ‘We are Klang’, funny man bordered on the Oedipus which the audience could not get enough of. Could this be his year to win the big prize?

The evening’s first act was David Strassman with the 12 year old puppet alter-ego Chuck Wood accompanying him on stage. This compelling act re-invents ventriloquism; either when talking or through mime, the scary-eyed Chuck is the star but the genius is Strassman.

Tim Key, Edinburgh Comedy Award winner 2009, with this set made up from both his Slutcracker award winning show and new material, did not break new ground but, bound together with intelligence, wit and whimsy in equal measure, was strong and hit the right comedy tones. Haiku’s and jokes about the Wingdings 2 font will never appeal to the masses or to television companies but as long as Key continues to deliver such comedy platinum as this, he will continue to sparkle.

Both Jack Whitehall and Idiots of Ants have been on the receiving end of funding from the Charlie Hartill Fund. It was great to see both acts put in such strong performances. Whitehall’s manic fifteen minute rant against Twilight teen vampire star Robert Pattinson (they went to school together) was perhaps the most skilfully crafted piece of the evening, while Idiots of Ants with a much calmer and altogether more polished show left the crowd wanting more. The gentle comedy of IoA can be seen heard on TV and Radio more and more, these rising stars have come a long way since their Hartill Fund beginnings.

Norwegian comic Daniel Simonsen crafted a show around the English language that has not been seen since the likes of The Two Ronnies. Don’t let this put you off, there was nothing old fashioned about this set. A solo show for this performer next year is a must. 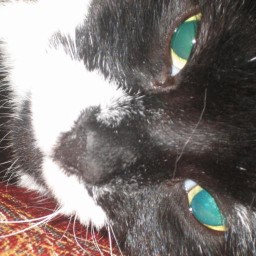