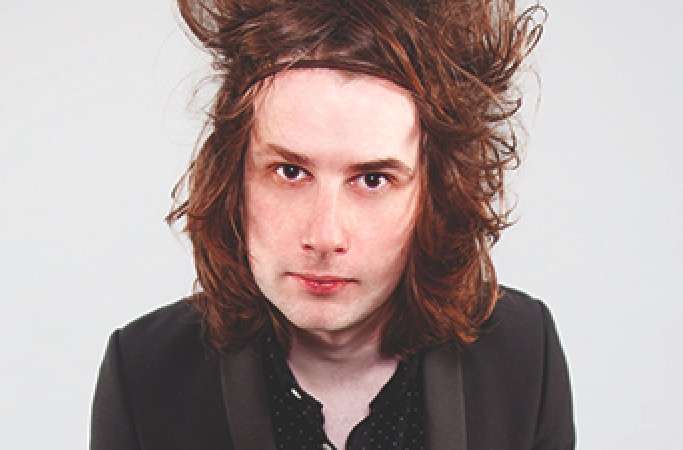 Trying to live his life more rock'n'roll than ambient jazz, Patrick is coming to the Festival Fringe to share his Fairly Premature Bucket List.

by
Tabatha Glancy
31 July 2015
Trying to live his life more rock’n’roll than ambient jazz, Patrick Morris is coming to the Festival Fringe at Underbelly to share his Fairly Premature Bucket List. Going through a quarter-life crisis and realising he’s done nothing to fill the pages of his memoir with, Patrick has spent the last 6 months ticking off his bucket list to hilarious and sometimes disastrous results. We grilled Patrick on everything from hair tips to the ladies…

So first I need to ask what all of the ladies at home are dying to know. What’s your secret to such voluminous hair?

Straight in with a question about the hair! Fair play. Hmm, there is no particular method or formula, as such. Keep growing it, even in the face of overwhelming societal pressure for you to get it cut. Just don’t. Always be growing it. That’s what I did and just recently I won “Best Hair” at the “Hair Awards 2015” which is obviously an enormous achievement.

How did you end up doing stand-up? What would you be doing if you weren’t a comedian?

I just saw some stand-up on TV and felt I could give it a go. A few weeks later, I went along to a comedy open-mic in North London and gave it a go. It was a terrible gig for me in hindsight. At the time, however, I felt it went well enough for me to continue. And here I am now, still beavering away at it. I’m not sure that’s the right word, but I’m going with it. If I wasn’t doing comedy I’d almost certainly be plugging away at something else creative, but also probably working part-time in retail to pay the bills, ha. Fortunately at the moment comedy is going well enough for me that I don’t have to do that.

How did you come up with your premature bucket list? What was your favourite thing on the list?

I can’t give away my list! You’ll have to come along to the show for that privilege. Basically, I just did things that were outside my comfort zone. Which is most things, so it wasn’t particularly difficult.

What are the least/most rock’n’roll things you’ve done so far?

When I was about 19, I fell into a swimming pool that still had the cover on whilst I was very drunk. That was probably the most rock’n’roll thing I’ve done, although slightly undermined by the fact that I was literally terrified I was going to die. The least rock’n’roll thing would probably be when I went to a house party, around the same age, and just went to bed at about 10pm. It couldn’t have been a brilliant party, though. I think I made the right decision.

You talk a lot in recent shows about single life. What’s the worst thing you’ve said to a woman?

Sure. Truth be told, I probably exaggerate my failings at talking to girls when I’m on stage. I don’t use chat-up lines, I’m not Dapper Laughs! I think the key to approaching any potential romantic partner is just confidence and being so drunk on alcohol to give you that confidence and make you more hilarious.

Who’s your favourite comedian and why?

This changes daily, I’d have to come back to you. My comedian flatmates Jake Lambert and Dom Lister are funny people. So I’ll say them.

Do you have any secret talents?

What are you expecting from this year’s Edinburgh Festival Fringe?

In terms of my own experience of it, I have no idea. That’s what makes it so terrifying and exciting, but mostly terrifying. Hopefully I’ll be fine. If all of the several million people that come and visit the Fringe every year book tickets to see my show I’ll be able to relax and have a great time. Nah, that would be silly. The room only takes 60 so that would be mental. But you know what I’m saying.