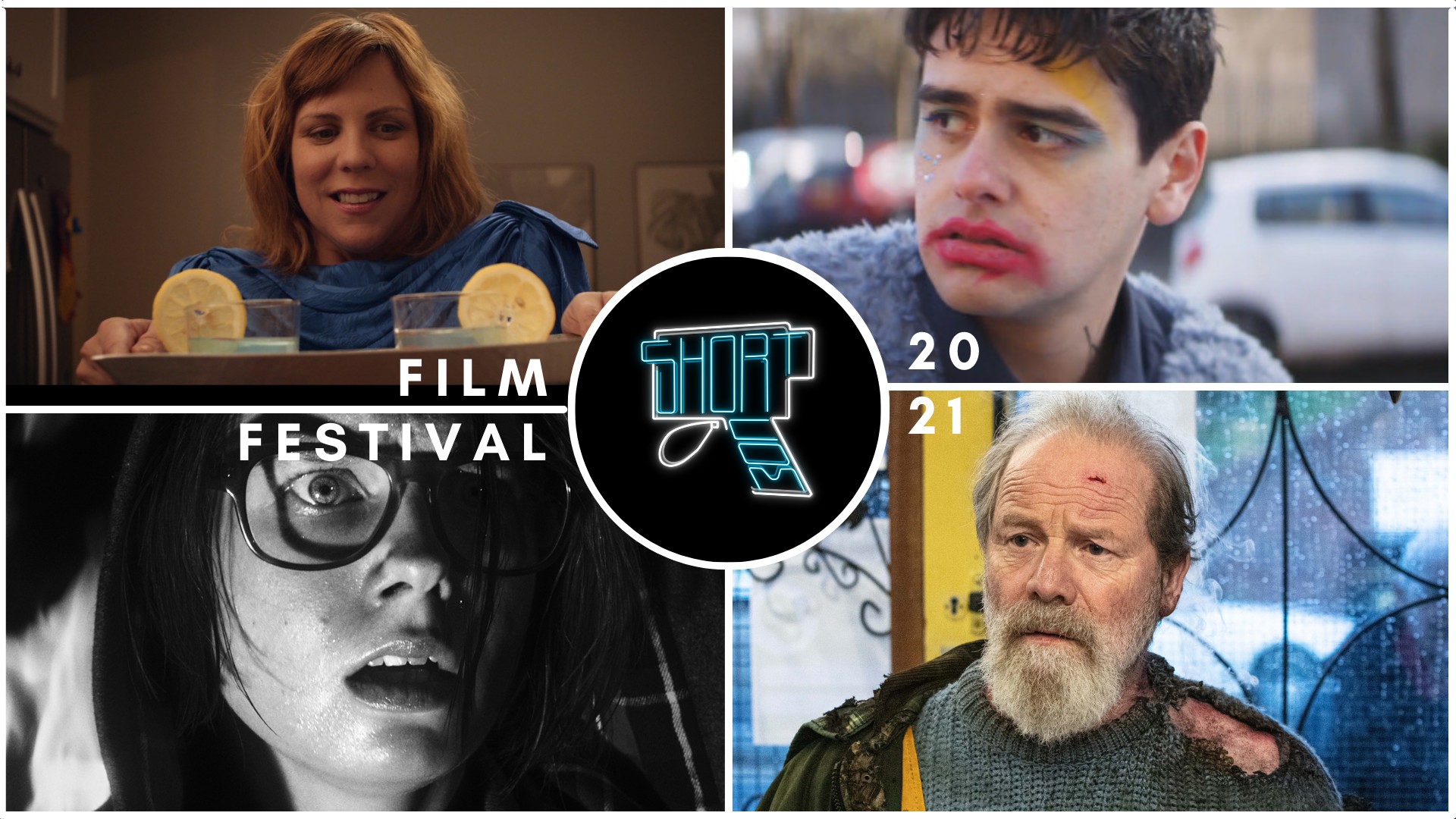 After an online sabbatical last year, the Short Com Film Festival gets physical again for 2021, screening a full fat programme of comedy short films at Summerhall’s refurbished cinema room on the 1st and 2nd of November. Established in 2011, Short Com is the short comedy film festival that selects the funniest international short films. And though the pandemic has been an incredibly difficult time for filmmakers, the quality of films in the programme remains top notch.

The 1st November screening celebrates our Scandinavian neighbours in “Our Friends From The North”, and features a smorgasbord of new film talent from Denmark, Finland, Norway and Sweden. A woman is thrown into nightmare as a special pair of glasses reveal the true nature of men in The Night Of The Living Dicks. An airline pilot is thrown in the midst of a social political farce as a protestor on his plane halts take off in The Affected. Battle lines are drawn in the head of a man as he tries to make a decision to buy cookies from a supermarket in Verdict 30.001: The Cookies. Two sisters look to reconnect in the Finnish wilderness but both have alternative plans in Two Girls And A Boat. In Bank, a divorced father is confronted by a wall of bureaucracy as he tries to make a cash withdrawal from a bank. A young offender tries to keep on the right side of his overbearing new supervisor in The Struggle Is Real 365. And a bouncer sick of the crime on the streets takes his first steps into vigilantism but soon realises the impracticalities of trying to be an alter ego in The Bouncer.

The following evening celebrates homegrown talent in “Local Heroes”. Peter Mullan stars as Don who looks to lead the quiet life fishing, although the elements have other ideas in Don Vs. Lightning. In Bound, Beats star Cristian Ortega finds himself in the ultimate walk of shame around Edinburgh after his stag do goes wrong. Legendary comic actress Michelle Gomez gets fresh with some snooty hipsters in Ready To Wear. A struggling actor has his limits tested by a director who might just be stringing him along in Lightning Tests. And the festival are delighted to bring back Neville is Dead, a short in which a young boy has an imaginary friend who has one amazing super power: he can’t die.

To cap off the night are three short films making their Scottish premier. Sisters sees two estranged sisters come together to decide upon their mother’s possessions as she lays on her deathbed. A prankster finally meets his match in Shark by Nash Edgerton, which concludes the trilogy of shorts by Nash and co-writer Davis Michôd. And a dream censor reaches boiling point when his human keeps disturbing his artistic vision in Censor of Dreams.

“This is undoubtedly a world class and prestigious lineup of short films,” said Short Com’s programmer and creative director, Chris Aitken. “I am so pleased to have been granted these films by the filmmakers. It’s like playing fantasy manager and being given a state wealth fund without the moral hangover of human rights abuses. In a time when it is hard for people to be creative let alone make films, we’re really lucky to have what is our most diverse, international and best film programme to date. In our quest to become the leading comedy short film festival, this is one big step in the right direction. I would also like to thank our volunteers, supporters and sponsors Festival Formula, Final Draft and Greenlit for their support and generosity over the past few months and years.”