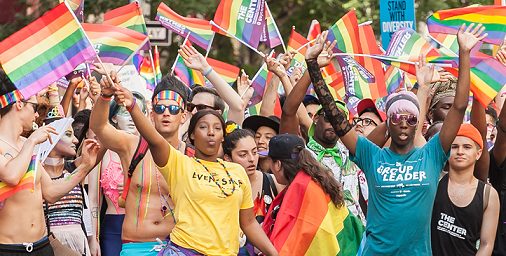 Socially-conscious festival based at St John's Church on Princes Street is back again for 2018.

At a time when so many people are worrying over the future and anxious about the lack of care they see around them, the annual socially-conscious Just Festival is more welcome than ever. On their website, they state that they are “in line with the Universal Declaration of Human Rights, celebrating humanity in all its differences, and promoting the exploration of new perspectives with the aim of reducing religious, political and social intolerance.” This is a tall order, but a mighty refreshing one.

The festival is divided into sections: performance (dance, theatre, music), visual arts, conversations, talks, storytelling and a view (includes a short film) are all encompassed in the programme which hopes to challenge perceptions, celebrate differences and promote respectful dialogue, both religious and non-religious.

Just has made impressive alliances with recognised charities, universities, social groups and community projects to add specialist knowledge, depth and kudos to their events. In the Conversations strand, experts are joined by academics and artists on the panels, promising a well-rounded approach.

The honest shape of our communities, where many people do not have the type of contact with others which they desire, is tackled across the genres: Inner Circle, one of these conversations, focuses on the LGBTQ population; Trapped in Isolation and Connected Lives, in the theatre category, look at loneliness and the complex reasons why folk may feel alone and ostracised. Let It Art, in the visual art camp, shows the work of youngsters in response to how they view peace, conflict, terrorism, and violence; and Identity and Belonging uses storytelling and photographs expressing individuality in the light of ageing.

The stated aim of tackling “freedom towards a united world” shows itself in Mandela’s Legacy (100 years after his birth the panel ask what can be learned from his work and influence), Brexit Means Anxiety, and Faith In Politics. Closely related is the international connection: Athol Fugard, John Kani and Winston Ntshona’s play The Island examines “the situation of black political prisoners”; Sounds from Gold Coast will no doubt bring exuberance and joy to the hall at St John’s using rhythm, harmony and dance; and We Are are “bouncing off their own ethnic roots” and “inspired by, and dedicated to, the women of Ghana, West Africa, who gather under the full moon, they tell stories of sorrow and joy.”

There is a sense of genuine self-questioning and fresh topics of conversation with Slaves In Scotland, Ethics of Aid and in the theatre section with Where Are You Really From? looking at migration and asylum.

It is clear that here has been impressive attention paid to the balance between the sexes throughout the planning stage (see Faith-based Courts for example); and Fierce Females, Every Girl Matters (conversation), and Take Refuge Under My Shade (dance) all contribute to equal representation.

There is a most promising sub-section as part of this year’s Death on the Fringe. Death is a subject about which we have been famously silent in the west, that is until the last few years when the rise of the Death Cafes and the preponderance of blogs and books on related issues have launched a new era of openness and a desire to speak and share about this topic (see the Wee Review of Richard Holloway’s Waiting for the Last Bus). This talk series includes the Surprising History of the Scottish Funeral by acclaimed speaker Eddie Small and an account by Awdri Doyle of A Day in the Life of a Funeral Director. In addition, you might have heard of birth doulas. This model has now been used for the end of life, so given that “the mortality rate in Scotland remains at 100%”, the third presentation in this sequence, End-of-Life Doulas, is from Hilary Peppiette who works in the role of “making death better”.

The Just programme has some great images, a wide spread of events covering a diversity of right-up-to-the-moment ideas and themes and a plethora of participants from young to older and from all over the world. Top of the agenda is respect and the right to self-expression, and using the arts as well as more straightforward debate and exchange. This festival is seriously Just!