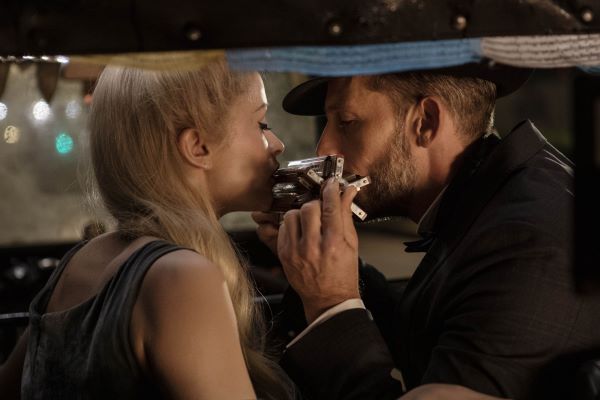 A Mermaid in Paris

On paper, Mathias Malzieu’s fantastical comedy-drama strikes you as similar to The Shape of Water. It is mostly an unfair comparison, in part because it doesn’t hit the same impeccable standard. But also because A Mermaid in Paris offers its own delights in a story that could be told much better, but has a central pairing that will win you over with very little effort.

Gaspard Snow (Nicolas Duvauchelle) is a talented but melancholic musician who one day discovers an injured mermaid on the banks of the Seine. After rescuing her, he finds out that her name is Lula (Marilyn Lima) and slowly begins to fall in love with her, but there’s a problem. If a man falls in love with a mermaid, they die. So the pair of them have to do their best at not loving each other as they try to get Lula back to the water.

Often gorgeous to look at, A Mermaid in Paris is an easy film to throw yourself into. It is uncomplicated, but with great details and characters you can’t help but root for. Central to it all is the relationship between Gaspard and Lula. Once or twice you might feel the pace of their relationship is a bit erratic, but it is nonetheless very moving. A night out on the party boat belonging to Gaspard’s father is a particular highlight, with beautiful colours and dialogue that encapsulate the pair’s strained but deep feelings for each other. Lima is fantastic as Lula, capturing a confusion that gives way to wonder without ever missing a beat, and handling the comedy moments with real skill.

The story is strong and the supporting cast all do their bit. What lets A Mermaid in Paris down somewhat is the tone. It can feel all over the place; the light-hearted introduction of Gaspard and Lula sitting uncomfortably next to footage of a grieving widow. Especially in the second half, there are sudden jumps in the plot that can lose if your attention drops for a second, and some moments start to feel a little bit too sensational for you to take seriously. Malzieu is in his prime when going for the lighter touches, or when finding magic in seemingly innocuous things like Gaspard rollerskating his way to work. Sticking with this could have made A Mermaid in Paris irresistible, but instead, the zest can be lost under slabs of melodrama.

Inconsistent and patchy this is then, but part of the joy of the film is recognising that this is how most relationships go. The pain that Gaspard and Lula both feel is tangible and heartbreaking, and they make sure that Malzieu’s film is consistently rewarding in spite of its flaws. Full of laughter and love, A Mermaid in Paris will leave you believing that everyone has someone out there for them… as opposed to there being, well, plenty of fish in the sea.

Screened as part of Fantasia Festival