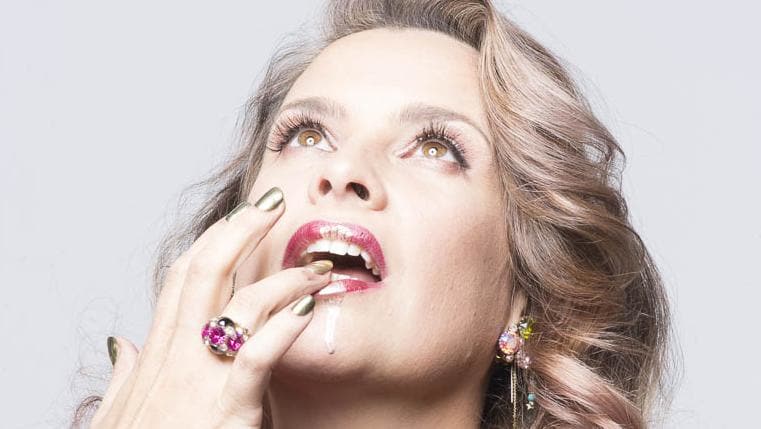 Forget the gin, this is a musical tonic

Forget the gin, this is a musical tonic

Ali McGregor returns to Edinburgh with Decadence and what a treat it is.

McGregor ran away from the Opera to join cabaret sensation La Clique and has become an essential part of the international cabaret scene.  Accompanied by a trio of impeccable musicians including Sam Keevers on keyboards, and also her fellow musical arranger, Ali tells us this may be the last year of her doing the Fringe.  She then proceeds to wow us through her back catalogue of the last decade; her favourite musical numbers turning trashy pop songs into treasures through jazz. As she says in her inimitable patter “you can’t polish a turd but you can cover it up in glitter.”

With her vintage hair do, and her occasional refreshment of Edinburgh gin from her chunky silver bracelet, McGregor is warm and positively gorgeous and has great banter, wowing us with her friendly chat.

She makes much of what she is wearing; a gorgeous black jumpsuit with pockets, which she has worn at a benefit concert at the London Palladium to celebrate the strong suffragette movement that one critic reviewed previously as ‘unflattering’, but which is anything but and who McGregor calls out on Twitter. As she lets us know, she’s a middle aged mother of two, with a penchant for gin, who likes having friends round for dinner and it’s in this she feels sexy. There’s no messing with this lady, just as there was no messing with the suffragettes in their day.

We’re led through the songs and people that have shaped her life including Blur, and fellow Australian Michael Hutchence and her rendition of his angst-ridden love song ‘Never Tear Us Apart’ has us swaying as she belts out the words.

The comedic highlight of the night is a tribute to what has been named the world’s worst cover: Celine Dion and Anastacia’s version of AC/DC’s ‘You Shook Me All Night Long’ is performed solo with an omnichord and has not only the audience crying with laughter but her keyboard player, Sam Keevers, wiping away the tears.

McGregor is the consummate cabaret performer – expressive, funny and goddam sexy, with a vocal range like nothing you’ve heard before. How lucky for us that she ran away from opera and joined the cabaret circuit as many of us would never have got to experience her genius and pure musical brilliance if she hadn’t.  Her breathtaking encore performance of Radiohead’s ‘Creep’, a tribute to all those wonderful “misfits” that she met along the way in La Clique, who dared to be different, was the vocal highlight and showcased her astonishing range.

Catch her whilst you can as she’s only here for a limited run until 12 August. Forget the gin, this really will be one of the best musical tonics you’ll have all Fringe.