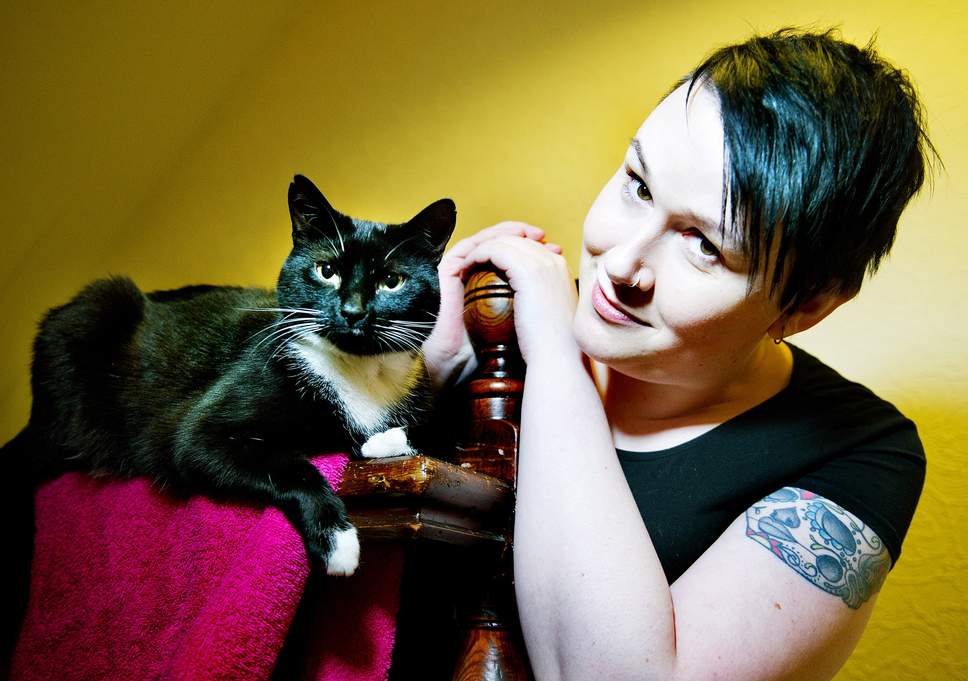 Angry and amusing rants about everyday bigotry tip towards therapy.

she rambles away most professionally

Bethany Black has all the labels and appellations and she fucking well uses them in her Fringe show, Unwinnable: lesbian, trans, autistic, OCD, ADHD, alcoholic (did she say that?), agoraphobic. You name them. With her slick black Hitler hair (that’s her own joke) and cute smile, she rambles away, topics tripping off her tongue as she has been wont to do for the past 16 years.

She does not hide her habits or mistakes (if there are such things in stand-up), she smoothly acknowledges them, often gets a laugh and moves on, one thing leading to another, zig zagging from pillar to post, almost losing her place. Actually she has her play-list on the back of her hand to help her.

As if those personal themes weren’t enough material for an hour’s show, she tackles racism, Danish airport security which was ultimately unsecure for her (and I sincerely hope she reported him to the police), and having a father who’s not just an ex-blacksmith but also a Morris dancer! At times, she could not seem to remember where she was or what she had said and excused herself by saying it was the third show of the day. Is that too many to be able to keep it sharp and bright?

She rants about the everyday bigotry which she encounters just by living: the cyber bullying, the boys on the street who have to “warm up like an old radio” before hurling abuse (aaaah…you…!), the “incels”, the anti-trans protesters at the front of the recent Pride March and much more. This is very personal indeed and, yes, the best scripts can come from what we know best, but this tips towards therapy. The urge is less to laugh, and more to give her a hug instead. She is understandably angry and gets her point across loud and clear. It’s her reality and most of us, her “four-star audience”, as she patronised us, are symp- and empathetic.

Black has a proven track record and this might have been a bad part of the day. At what turns out to be almost the last minute she stops mid-story, checks the time and her list, loops back to the beginning and neatly snaps off the routine.